One of the prominent occupational health and safety (OHS) lawyers in Australia has started a podcast. The first episode discusses Industrial Manslaughter.

Steve Bell of law firm Herbert Smith Freehills recently published the Safety Podcast, but the title is a bit of a misnomer as, judging by the first episode, the discussion is more about safety law than safety. Regardless, the podcast adds to our state of OHS knowledge.

A week out from Australia’s Federal Election and a major national workplace health and safety conference in Sydney, I produced a video update and a podcast about some recent SafetyAtWorkBlog articles, some new books and what’s coming up in this blog.

If you are able to attend the #safetyscape conference next week, chase me down for a selfie. upload it to Twitter or Instagram and receive a month’s free subscription to the SafetyAtWorkBlog.

The Australian Associated Press Medianet has released it 2019 survey on journalism and social media (not currently publicly available). It is an important survey as it illustrates journalists’ preferred ways of being contacted but also shows what media they watch and read. This knowledge is useful for anyone who is trying to create or improve their social and public voice, as the occupational health and safety (OHS) profession and Regulators are trying to do.

I am one of the few freelance writers in Australia who focuses on occupational health and safety (OHS). As a result, my presence is often uncomfortable to those who organise conferences and seminars, even though I operate under the Journalist Code of Ethics. People have had to accept that there is now a media interest in OHS-related events where previously there was very little.  This has caused a couple of problems and challenges.

Recently, one seminar organiser suggested I not attend an event because the “Chatham House Rule” was to be applied.  They said that as I would not be permitted to report on anything said in the seminar, it may not be worth me attending.  This is a corruption of the Chatham House Rule which is best described by Chatham House itself as:

“When a meeting, or part thereof, is held under the Chatham House Rule, participants are free to use the information received, but neither the identity nor the affiliation of the speaker(s), nor that of any other participant, may be revealed.” 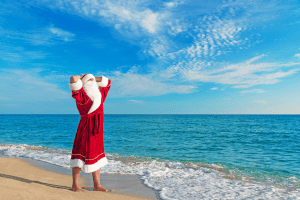 At the end of each year it is the customary to reflect on what has happened. SafetyAtWorkBlog is no different so here are some of the blog’s achievements

According to one statistical dataset, up to today, the SafetyAtWorkBlog has had END_OF_DOCUMENT_TOKEN_TO_BE_REPLACED

For those Australians who are watching the latest political push for Industrial Manslaughter laws, it is important to remember that the activity has a history that extends over a decade.  Many of the current arguments for and against have been addressed previously.  In August 2004, the earlier iteration of this blog, Safety At Work magazine, printed a special edition on “The Australian Industrial Manslaughter Debate”.  Below is an edited version of my Editorial in that magazine. A longer article on the issues raised in that edition is available elsewhere in the SafetyAtWorkBlog.

The SafetyAtWorkBlog has reached over 40,000 reads for this month, the largest in 10 years – a great achievement for an independent blog on a niche topic produced in Australia.

Thanks to all the subscribers and followers for your support.