The Australian newspaper published an article from the The Wall Street Journal titled “The hidden death toll from mining” (paywalled), written by Alistair Macdonald and others that questions the workplace health and safety prominence that is given to the minerals/materials sector. The opening paragraph is:

” Many mining deaths aren’t captured by global safety statistics, making the industry seem safer than it is to regulators, investors and consumers.” 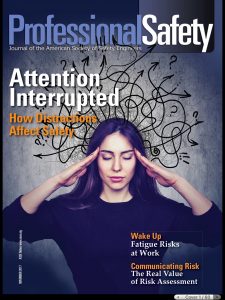 This week in Australia is Mental Health Week.  Some call it an Mental Health Awareness Week.  Either way the Australian media will be full of experts and “experts”.  Workplace health strategies will not be excluded but when reading and listening to this media content, one important point should be remembered – “mental health” is significantly different from “mental illness”.

Such differentiation should not be dismissed as semantics because health, illness, problems and disorders involve different levels of analysis and diagnosis and, therefore, different strategies, interventions and control measures.

An article last week touched briefly on the issue of the effect of synthetic drugs in the workplace in the context of drug and alcohol testing.  The Australian newspaper on 28 September 2015 contained a front page article (paywalled) about mining company concerns over synthetic drugs at work, however it is an article that deserves greater analysis before anyone considers this as part of an evidence base as it is creatively constructed and relies on statements from a toxicologist working for drug testing laboratory. END_OF_DOCUMENT_TOKEN_TO_BE_REPLACED

On 29 January 2014 Australia’s Fairfax newspapers published an article called “Safety performances at Australia’s top companies is serious business” written by Adele Ferguson.  The article is based on an analysis by Citi Research of the safety performance of companies listed in Australia’s ASX100 share index.  Citi Research (Citi) has kindly provided SafetyAtWorkBlog with a copy of this report developed for its fund manager and superfund clients.  It is a terrific reference document providing a useful insight to the OHS performance of prominent Australian corporations.  It cannot be definitive but we know of nothing else like it in Australia.

In the Fairfax article Ferguson wrote:

“While safety is a complex issue largely due to the fact that safety records are difficult to measure and difficult to compare across companies and industries, it is an important area to explore. For starters, it is a good proxy for the way a company deals with staff and manages risk more generally.”

Safety does not have to be complex but the measurement of safety performance can be as, even though there is a (dreadfully outdated) Australian Standard for measuring OHS performance, companies tweak the existing measures and the principal measurement, the Lost Time Injury Frequency Rate (LTIFR), has been found to be a flawed indicator.  LTIFR is tolerated as a measurement simply because a better alternative has not been developed or widely accepted.

The Citi Research report lists LTIFRs for most of the 117 companies but it balances this with almost as many Total Recordable Injury Frequency Rates (TRIFR).

One of the most discussed posts on this blog concerned an insurance company that paid the fines awarded against a company director. The company director had been found guilty of OHS breaches that led to the death of a worker. Yesterday, South Australia’s Deputy Premier and Minister for Industrial Relations. John Rau, said that he will be taking action to close the loophole that allows for this situation. But this is unlikely to succeed and may be a distraction from the more significant issue of new penalties for deterrence.

In a media release, not yet available online, Rau states that

“Insurance should not be the preference over safe equipment and safe workplace standards….

Whilst most employers do the right thing, this dodge effectively means that the incentive for a company to provide a safe environment for its workers is diminished or eliminated.”

Rau’s current strategy for closing this loophole, which is not really a legal loophole at all, is weak. Rau, a Labor Party politician, says that he will bring the matter to the attention of the Federal Minister for Workplace Relations, Bill Shorten. However, Australia is ten days away from an election that the current (Labor) government is tipped to lose.

END_OF_DOCUMENT_TOKEN_TO_BE_REPLACED

The latest edition of National Safety magazine reports on the voluntary accreditation of OHS university courses.  The article is generally supportive of the initiative administered by the Australian OHS Education Accreditation Board (AOHSEAB), but hints at some of the problems and should have clarified some of the organisational linkages.

There is no mention in the article of the professional, administrative and financial links between AOHSEAB and the Safety Institute of Australia (SIA).  There is no mention of Pam Pryor’s membership with the SIA even though she is the AOHSEAB’s registrar, a Fellow of the SIA and secretary of the SIA’s Education Chapter, although the Fellow status of Professor Dino Pisaniello is noted later in the article.

The strong linkages between the AOHSEAB and the SIA provide an important context to the comments of Greg Stagbouer, an SIA Director, END_OF_DOCUMENT_TOKEN_TO_BE_REPLACED