In 2017, this blog reported on an article from WorkSafe Queensland that said that manual handling training in “correct manual handling” or “safe lifting” did not prevent musculoskeletal injuries. WorkSafe supported this by extensive research, but training courses continue today, perpetuating an over-reliance on manual handling as a suitable risk control measure, which does not meet the compliance requirements of the occupational health and safety laws.

Last month WorkSafe Queensland released a video that updated and reinforced their position.

END_OF_DOCUMENT_TOKEN_TO_BE_REPLACED

In 2017 Work Health and Safety Queensland (WHSQ) released this advice about reducing the physical risks associated with manual handling:

“The research evidence shows that providing lifting technique training is not effective in minimising the risk of injury from manual tasks.” 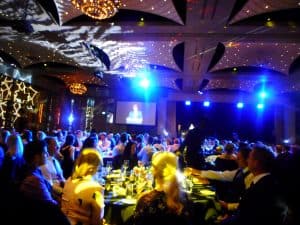 As October is Australia’s Safe Work Month there are several awards evenings. On 19 October 2017, Victoria’s WorkSafe conducted theirs.  It was a sedate evening in comparison to previous events.  Very few tables whoop-ed their nominations,  the MC did not leer at the female waiters and none of the winners danced across the stage.  But there were a couple of notable moments.

The most obvious was the standing ovation one winner received from the entire audience. 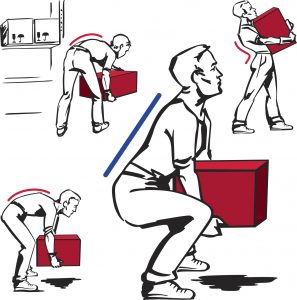 Everyone knows the safe lifting techniques – keep your back straight, keep the load close to your body and bend your knees – because they have done the proper  training.  Well scrap that training!  According to new guidance from Workplace Health and Safety Queensland (WHSQ):

“The research evidence shows that providing lifting technique training is not effective in minimising the risk of injury from manual tasks.”

The last three of Radio National’s WorkLife podcasts have been uploaded. Episode 4,  focusses on occupational health and safety (OHS) and is based around interviews with myself, Kevin Jones, and Professor Niki Ellis. END_OF_DOCUMENT_TOKEN_TO_BE_REPLACED

Several years ago, at a workshop over the development of the next Australian National Strategy for occupational health and safety (OHS), participants were asked to forecast an issue that would appear or be useful in the next decade.  I suggested sub-dermal implants that would record or transmit real-time health data.  My suggestion was received with laughter and a little bit of horror.

The sub-dermal implants for OHS monitoring are yet to occur but the electronic collation of important health data has progressed to a high level of relevance. This not only involves measuring body stresses but the bodies themselves. END_OF_DOCUMENT_TOKEN_TO_BE_REPLACED

Work Health and Safety Queensland (WHSQ) recently revealed some early research into the Return on Investment (ROI) of occupational health and safety (OHS) controls. (Thanks to a reader for pointing it out) According to its website:

None of this “pilot research” is publicly available so it is not possible to verify the data. (WHSQ has been contacted for further information for a follow up blog article)