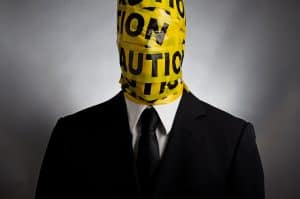 The Queensland Government is in the middle of a debate in Parliament and the media about the introduction of industrial manslaughter as an offence related to serious occupational health and safety (OHS) breaches.  It is both a good and a bad time for this debate. The laws are likely to pass but the debate is showing old arguments, weak arguments, political expediency and union-bashing but not a lot about improvement in workplace safety.

Recently Queensland’s Attorney-General Jarrod Bleijie has been asserting that a review of union right-of-entry provisions is needed because unions have been using occupational health and safety (OHS) issues as an excuse for industrial relations (IR) action.  Such assertions have been made for decades in Australia to the extent they have become fact.  Below is an article looking at one of the sources of the Attorney-General’s assertions.

“For too long, we have seen construction unions using safety as an industrial weapon in this State… Quite frankly, their abuses of the current right of entry provisions are designed to bully contractors until they get their way. Sites are being hijacked and workers held to ransom.

“I have personally heard of stories from hard working Queenslanders who have been locked out of their workplace because of militant union activity.

“Earlier this year, a major contractor lost 42 days of work due to illegal strike activity in the first year of their enterprise agreement. This practice will end.”

Some of this statement was quoted in a Sunday Mail article on 6 October 2013 following the minister’s speech at an awards ceremony with the Master Builders. Like most political media statements there is a large amount of hyperbole but this article’s focus will be on the OHS elements of the statement.  END_OF_DOCUMENT_TOKEN_TO_BE_REPLACED