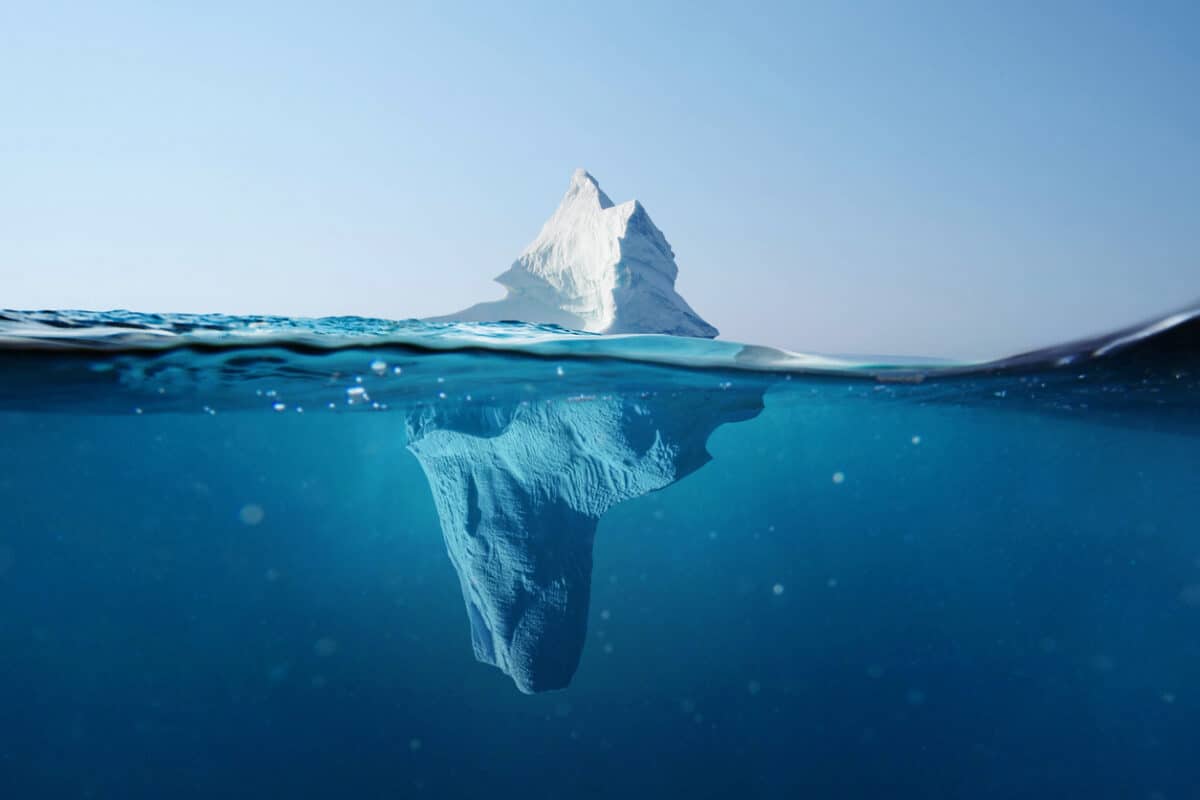 Occupational health and safety (OHS) should prevent any of its conference speakers from ever using the image of an iceberg or a triangle to illustrate managerial theories. The images are valid but have been done to death in conferences over the last decade.

I came to this position when recently reading a very short article on Systems Thinking by Veronica Hotton in Dumbo Feather magazine. Hotton used the iceberg as a visual metaphor for what can be seen and what is less visible but equally influential and much larger than the visible top.

Her article is a very good, succinct explanation of systems thinking for the general reader, but I was less interested in the iceberg and more in the ocean. 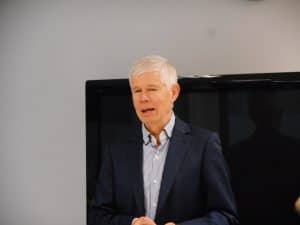 Recently David Caple gave his annual address to the Central Safety Group in Melbourne.  Caple (pictured above) is a prominent ergonomist, an adjunct professor at the Centre for Ergonomics & Human Factors, La Trobe University, a representative on several government OHS-related committees and has an enviable information network.

Fresh from the Singapore OHS conference, Caple speculated on the future of the workplace safety profession at a time when many are indicating an increasing demand for OHS services and advice.  He used a graph of the membership of the Safety Institute of Australia to illustrate part of the challenge. 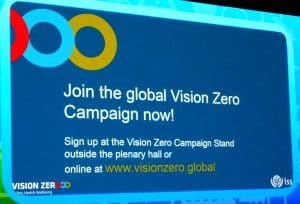 The launch of a “Vision Zero” campaign about occupational health and safety (OHS) was a major element of the recent World Congress on Safety and Health at Work but it has created confusion and some alarm.

The Secretary-General of the International Social Security Association (ISSA) Hans-Horst Konkolewsky told SafetyAtWorkBlog that Vision Zero “is not a Zero Harm campaign”.  However confusion appeared on the first day of the Congress when an organisation was given a Vision Zero award for a safety program that the organisation has just and repeatedly described as “Zero Harm”.

The best solution to this confusion is to ignore the Vision Zero branding and look at the intentions and resources behind the razzamatazz.  If you do, there is a lot of good information.

The 21st World Congress on Safety and Health in Singapore has closed.  The next will be in 2020 in Toronto Canada. But before the closing ceremony the range of symposia continued.  One discussed best practice in occupational health and safety (OHS) and I had the chance to speak about the downside of Zero Harm. The…

Carsten Busch has self-published “Safety Myth 101” – a book that is one of the most comprehensive discussions on contemporary approaches to occupational health and safety (OHS).  But it is also riddled with the problems of many self-published books – the lack of a strong and tough editor, an unattractive presentation and a mess of footnotes, references and endnotes. The content is very good which makes reading this book a frustrating experience.

I can’t help thinking that the book would have been more effective in a more modern online format that would have allowed for word searches, hyperlinks and  interaction with readers.  In fact, a wiki may have been the best option for Busch’s very valuable content.  But what of this valuable content? END_OF_DOCUMENT_TOKEN_TO_BE_REPLACED

Ernst Young (EY) Australia has released a discussion paper about its “Plus One” strategy for occupational health and safety (OHS) and safety culture change.  Perhaps the curious and significant issue raised in the document is the way it considers that the “zero harm” era is over.

The document urges people to “build on the lessons of zero harm”.  Some would say that the most important lesson is that “zero harm” is bullshit but EY is almost taking “zero harm” as a fixed point in time, or rather a point in thought, from which progress in a new direction is possible.  END_OF_DOCUMENT_TOKEN_TO_BE_REPLACED

Zero Harm was an enormously popular motivational aim for OHS.  It originated as a response in some large organisations where safety performance was plateauing and who felt that they had achieved as much as they could in redesigning work and improving physical safety.  The plateauing led to frustration and a reassessment of safety practices.  The remaining variable was seen to be the worker and so slogans were instigated to increase the care (or mindfulness) of workers.

However, this assessment seems to have taken the traditional, and shallow, approach.  One variable is, of course the worker but the assessors failed to see that the organisational structure and operations were, or should be, variable too.  In the words of the current Australian Prime Minister, Malcolm Turnbull, this variability, this adaptability, could lead to innovation, economic growth and increased sustainability.

The promotion of the zero harm approach to safety could be seen as a safety dead-end and an indication that organisations were fixed on only seeing the dead-end.  Safety thinkers, and there are a few, offered ways out of the dead-end by thinking differently about what we know.