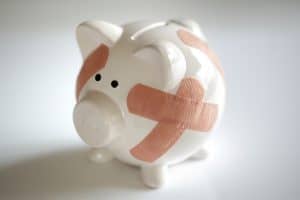 Australia is to have a Royal Commission into Misconduct in the Banking, Superannuation and Financial Services Industry.  What’s this to do with occupational health and safety (OHS)? Not a lot, at first blush.  OHS professionals and safety practitioners need to watch this Royal Commission because it could led to a fundamental reassessment of corporate culture. The OHS discipline is beginning to understand that it operates within that organisational, or corporate, culture; the same culture that will be examined over the next twelve to eighteen months.

SafetyAtWorkBlog has written repeatedly on safety culture and the potential OHS changes from investigating the corporate culture of banks.  An analysis of corporate culture inevitably includes discussions of due diligence, corporate governance, leadership, accountability and ethics – all elements that are critical to understanding and building safe systems of work. END_OF_DOCUMENT_TOKEN_TO_BE_REPLACED

Whether one believes that the Royal Commission into Trade Union Governance and Corruption is a political witch-hunt or a genuine attempt to clean up a corrupt industry sector, the Royal Commission seems to have revealed an abuse and exploitation of occupational health and safety (OHS) – an exploitation that has received next to no attention. The release of the Commission’s interim report allows for a quick analysis of this situation.

Former Prime Minister Julia Gillard was a particular target of the Commission in relation to a “slush fund” established by her then-boyfriend, Bruce Wilson, commonly referred to as the “AWU affair“.  The “slush fund”, known as the Australian Workers Union Workplace Reform Association, was developed, according to Gillard

“… to support the re-election of union officials who would campaign for workplace reforms including better occupational health and safety.” (Interim Report, Vol 1, page 99)

Little of the recent commentary on the findings of the Royal Commission into the Home Insulation Program (HIP) have mentioned the opinion of the Royal Commissioner Ian Hanger that the Australian Government acted in a “grossly negligent” manner.  Such a comment deserves considerable analysis by a specialist lawyer but it remains a remarkable criticism in terms of obligations under OHS/WHS laws.

“To encourage inexperienced young people to work in an environment where there was a risk of defective electrical wiring, and allow them to install conductive material was, in my opinion, grossly negligent. It is no answer for the Australian Government to say that it was the responsibility of those young people’s employers to protect them.” (para 5.2.20, emphasis added)

Gross negligence has been equated to the term “reckless endangerment” included in Australia’s Work Health and Safety laws.  One legal website site says that:

“Reckless endangerment is the offense of engaging in activity that has a disregard for risks with foreseeably dangerous consequences.”

Commissioner Hanger’s comments certainly seem to fit reckless endangerment as the risks, not only of electrocution but simply from working in domestic roof spaces, were well known.

SafetyAtWorkBlog has written previously about the evidence of Margaret Coaldrake to the Royal Commission into the Home Insulation Program (HIP) given at the public hearings and also the occupational health and safety role of risk management and risk registers. The release of the Royal Commission’s final report on 1 September 2014 provides further details on a risk management process that is common to all large projects.

Commissioner Ian Hanger spent considerable time on the issue of the risk register as this was one of the crucial elements in the project’s whole decision-making process up to Ministerial level.

Commissioner Hanger was scathing of the risk management process that not only ignored the risk of worker fatalities but purposely dropped this risk from the register. He was unforgiving in his criticism of Margaret Coaldrake. He criticised her judgement. In working with her Minter Ellison colleague Eric Chalmers:

“it was up to [Coaldrake] to make sure that she and the people working with her were qualified to provide the service that Minter Ellison consultants had been retained to do.” (para 7.11.15)

Ministerial responsibility seems to be advantageous in financial policies but irrelevant to workplace safety going by actions by Australia’s political leaders.  This week former senior (Labor) parliamentarians, Mark Arbib, Peter Garrett, Greg Combet and Kevin Rudd, will be fronting the Royal Commission into Home Insulation to explain their lack of due diligence on workplace safety matters.  This is only a week after the Federal (Liberal) Government released a Commission of Audit report that promoted ministerial responsibility.

The popular perspective is that these ministerial decision-makers will be held to account for the deaths of four young workers but this is unlikely to occur because State occupational health and safety (OHS) laws establish a direct OHS relationship between employers and employees and the senior politicians did not employ anyone who was installing home insulation.  The argument at the Royal Commission mirrors the chain of responsibility concept except that in work health and safety (WHS) legislation, government ministers are not covered by the definition of ‘officer’ and therefore have less OHS/WHS responsibility that anyone heading up a company or organisation.

Most of the Australian media is waiting for the former politicians to appear at the Royal Commission into the Home Insulation Program later this month but the Commission has not been quiet in its many public hearings recently.  One of the hearings heard evidence that is particularly significant and relates to risk registers.

Australia’s Royal Commission into the Home Insulation Program (HIP) demands the attention of all occupational health and safety (OHS) professionals, primarily, because a job creation and economic stimulus program was so poorly planned at the highest level of government, that it seems to have established a culture that led to workplace deaths. However the Royal Commission is already revealing information that shows how OHS is misunderstood by decision-makers, a situation that still persists in many jurisdictions and will only change by watching the Royal Commission carefully and analysing this information through the perspective of workplace safety.

The Royal Commission has been investigating when the workplace deaths in New Zealand from using metal staples with foil insulation were known by the Australian Government.  In OHS-speak, it is trying to determine the state of knowledge on this workplace hazard in the decision-making process.  The deaths of four young Australian workers prove that the state of knowledge was inadequate however it is well established that Australia and New Zealand operate independently and that, although there are legislative similarities, it is rare for a death in one country to generate regulatory change in another.  (One could look to the quad bike safety issues for an additional example.)  The recent legislative changes in New Zealand may indicate that they listen to Australia more than vice versa.