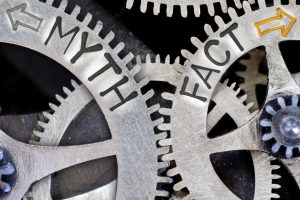 Occupational health and safety (OHS) policy makers are keen on making decisions based on evidence.  But evidence seems hard to get, for many reasons.

Some people, including those in workplace relations and OHS, often fill the evidence gap with “anecdotal evidence”.  Frequently people being interviewed are asked for evidence to substantiate their claims and respond that “anecdotally” there is a problem yet there is no sample size for this evidence, there is no clarity or definition of the incident or issue – it is simply “what I heard” or “what I’ve been told”.  Using anecdotal evidence is okay as long as its inherent uncertainty is acknowledged and it is not used as a basis for substantial change.

Over the last few months, SafetyAtWorkBlog has received several new OHS-related books for review.  There’s not enough time to undertake a deep review of each book so here is the first of a series of quick reviews.

In 2016, Professor Andrew Hopkins urged occupational health and safety (OHS) professionals to abandon safety culture. In the December 2016 edition of OHS Professional magazine ($), he writes further about this position.

Several of Hopkins’ statements make the reader stop, sit up and reflect.  He writes

“What people do is something company leadership can indeed control, while what people think is neither here nor there“(page 28 – emphasis added).

POW!, there goes a lot of the safety training that is provided.

Recently the Victorian Women Lawyers conducted a seminar into the outcomes of Victoria’s Royal Commission into Family Violence.  SafetyAtWorkBlog attended even though the topic seems, initially, to have a tenuous link to occupational health and safety (OHS).  Family violence is relevant to OHS through its influence on workplace mental ill-health, productivity and the need for cultural…

Late yesterday four adults were killed on the Thunder River Rapids ride at the Dreamworld theme park in Queensland Australia. Investigations are ongoing and it was only recently that the names of some of the victims were released.  The first few days after any fatality are confusing as new information is uncovered, old concerns are voiced and our sympathies for the dead expressed.  However there are usually some comments that are unhelpful, and this morning was no exception.

ABC Radio’s AM program led with a report called “Union expresses concerns to Queensland safety regulator about Dreamworld rides”. In the report Ben Swan, Queensland Secretary of the Australian Workers Union says that the union raised safety and maintenance concerns with the company running DreamWorld, Ardent Leisure Group, earlier this year. Swan said that the concerns involved maintenance regimes and equipment but did not specify that Thunder River Rapids was part of those concerns.

Swan was at pains to not distract people from the incident investigation yet his readiness to be interviewed did just that. The union could have made its point about past safety concerns by pledging to cooperate with official investigations by the Coroner and Work Health and Safety Queensland.

Lawyer, Sugath Wijedoru was interviewed by AM over an incident at the theme park in April 2016 that involved his client. The incident involved a different ride and different circumstances.

Swan’s and Wijedoru’s comments and the structure of the AM report, imply that there was a systemic OHS problem with the theme park’s administration but how does this help the investigation less than a day after the deaths? Does this add to the grief and trauma of the relatives who have only just been informed of the deaths, or provide comfort?  DreamWorld may have systemic safety management problems but identifying this is the role of the investigators.

The information that Swan, Wijedoru and others have about the Thunder River Rapids ride and Dream World’s OHS practices generally is sure to be of interest to the investigators, regulators and Courts but did they need to comment within 24 hours of the tragedies? Who did this help?

“there is no national regulator for theme parks in Australia. Instead it is managed by each jurisdiction.”

The implication is that there should be one. Why? The only National OHS regulator Australia has is Comcare and that only covers a selection of workplaces and industries. The fact is that Australia has no national regulator of workplace safety in the manner of other countries.  OHS is almost always dealt with by the States which makes the concluding comments curious and unnecessary.

Mainstream media feels the need to report news and the deaths of four people on an amusement ride is certainly news but does it need to encourage speculation about incident causes at the time that the company is trying to work out what happened and address the concerns of its workers, various investigators are only just getting the level of access to the scene they need, and relatives are finding out why some of their family are not coming home?