Many Australian workplaces will be reopening in the next few weeks.  Their productivity capacity will change, their workplaces, will change and their approach to, and understanding of, occupational health and safety (OHS) will need to change.  But there are signs that some business owners and employers are embracing risk and safety in this new operating climate but there are others who are either denying the changes needed, are struggling to think creatively, are ill-informed or are stupid.  Most of these realities were on display in a single edition of the Australian Financial Review (AFR) on May 8, 2020 (paywalled) – the primary source for this article.

The timing of the newspaper edition is important as it was published on the morning before the Prime Minister, Scott Morrison, and Chief Medical Officer, Brendan Murphy, revealed the decisions of the National Cabinet. A further blog article will be produced on those decisions shortly. 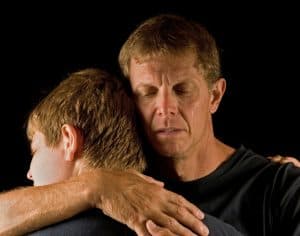 What is more alarming is that the levels of psychological distress have remained high even though there have been inquiries into the mental health of Fly-In Fly-Out workers in Western Australia and Queensland since 2014!!

Australia’s occupational health and safety (OHS) agenda seems largely dictated by high risk industries like construction in some States and the mining sector in others. But agriculture is common to all Australia States and is consistently included in the official and unofficial workplace fatality data. New research has been released into serious farm injuries and which voices are the most effective in improving the situation.

The level of risk in Australian farms is illustrated well by

On the recommendation of one of my subscribers I am currently listening to a podcast called Food For Thought which includes a discussion on the mental health issues associated with the Fly-In -Fly-Out (FIFO) work structure.  This article is being written as I listen to the podcast so follows the threads as spoken.

Various major Australian inquiries have been held into the occupational health and safety of FIFO workers for the mining sector. The potential psychological harm of FIFO is indisputable so why aren’t we asking the tough questions and thinking about the harm that we are allowing to occur?

END_OF_DOCUMENT_TOKEN_TO_BE_REPLACED

Terry Reis has written a terrific article about how occupational health and safety (OHS) requirements can impede his work as a fauna ecologist.  Instead of whingeing about green or red tape, Terry has provided examples of the annoyance which allows me to build an article in response.  This article is in no way a rebuttal as I agree with most of Terry’s grievances, but there can be reasons behind some of the grievances that are likely to be unrelated to OHS or illustrate poor OHS decisions.

Some of the issues Terry raises include:

Terry mentions the irrelevance of many OHS inductions and his article seems to indicate a dysfunctional induction program.  The intention of inductions is to outline the safety rules of a workplace or task but most are boring, condescending or include information that is unrelated to the task. The reality of many inductions is that they are a mechanism to have workers sign up and indicate they have understood all of their safety obligations on a site so that there is a clearer line of responsibility in the event of an incident.   END_OF_DOCUMENT_TOKEN_TO_BE_REPLACED

Near miss events, or “close calls”, are important opportunities to review safety and work processes.  In fact they can be the best opportunities as the participants and witnesses are still alive and can provide detailed information on the mistakes, breakages or oversights.  But rarely are companies prosecuted for near misses.

In Western Australia, a company has been found guilty of breaching its duty of care after two of its workers were lost for almost a whole day, and was fined over $A50,000, the highest fine of this type.  The near miss is almost comical and at least one newspaper has described it as a “comedy of errors“, except that it could easily have resulted in tragedy.  WorkSafeWA’s (long) media release, provides the details:

“MAXNetwork was contracted to the Department of Education, Employment and Workplace Relations to consult with disadvantaged job seekers, in this case through their office in Kalgoorlie.

A number of employment consultants work at the Kalgoorlie office, and they regularly travel to remote areas – some accessible only by dirt roads and narrow tracks – to work with job seekers.

In December 2009, two of the company’s Kalgoorlie area employment consultants were instructed to do an “outreach visit” to the remote community of Tjuntjuntjara, around 600km north-east of Kalgoorlie in the Great Victoria Desert.

The two consultants departed Kalgoorlie in a Toyota Prado leased by MAXNetwork at around 6.00am on a journey estimated to take nine to ten hours on a road with no signs that was a narrow track in some places.

The women were not provided with a map, GPS or any other navigational aid, and consequently they became lost. They had received no training or instruction on travelling in remote areas, and so did not know what to do in the event of becoming lost.

The satellite telephone provided to the consultants did not work, and management was aware of this prior to the trip. In addition, there was no schedule for regular contact with workers in remote locations so no-one realised the women were overdue. END_OF_DOCUMENT_TOKEN_TO_BE_REPLACED

Over many years OHS regulators in Australia have produced guidance notes and Codes of Practice to assist businesses in addressing the hazard of workers working alone.  The new model Work Heath and Safety (WHS)  Regulations due to be released with several Codes on 26 September 2011 brings the serious hazard of working alone to the front of business’ workplace safety considerations with a specific regulation on control the hazards of “remote or isolated work”.  The inclusion of this hazard overtly in these regulations will mean that addressing the hazard of working alone becomes a legal requirement.

Division 6 of the model WHS Regulations defines “remote or isolated work” as being:

“…in relation to a workers, means work that is isolated from the assistance of other persons because of location, time or nature of work.”

It is worth considering some of the occupations this might apply to: