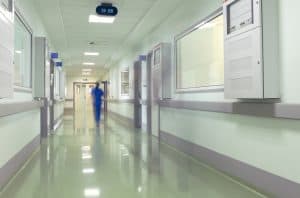 It is always good to see researchers assessing issues related to workplace health and safety rather than relying on overseas data.  Recently researchers from the Australian Catholic University and St Vincent’s Hospital in Melbourne looked into “measuring the effectiveness of workplace health management programs” .  The research adds to our understanding of these programs but the relevance to occupational health and safety (OHS) is limited.

END_OF_DOCUMENT_TOKEN_TO_BE_REPLACED

The Queensland Premier, Campbell Newman, called a “snap” election for the end of January 2015. On 11 January 2015, Newman tweeted:

This is a further example of political newspeak as what does a “strong” workers’ compensation scheme look like? Newman’s tweet included an image that provides some clarity to his claim.

END_OF_DOCUMENT_TOKEN_TO_BE_REPLACED

I am very proud to receive recognition from LexisNexis again in 2014 for my work on the SafetyAtWorkBlog.  On 16 December 2014 LexisNexis Legal Newsroom Workers’ Compensation named the SafetyAtWorkBlog as one of the Top Blogs for Workers’ Compensation and Workplace Issues. It is a great honour for a blog that is self-funded and written in my spare time.

LexisNexis has described some of the articles as “insightful and entertaining” and reflective. One article in particular was a discussion spurred by the writings of Terry Reis and would not have been possible without his initial article.

I thank LexisNexis for this unexpected honour and feel very proud to be amongst the other honourees for 2014.  It is good to see new ones on the list and encourage all those OHS professionals who feel they have something to say, to say it.  The more voices the OHS profession has, the richer our debates and the greater our state of knowledge.

In October 2014, one of Australia’s Prime Ministers, Gough Whitlam, died at the age of 98.  Whitlam introduced major social reforms, many which still exist today (just).  One reform he valued but was not able to achieve was a national accident compensation scheme. It is worth noting when reading of the current economic and moral arguments over workplace responsibility and over-regulation that Whitlam’s national accident compensation scheme included workers compensation.

In 1974, during Whitlam’s time as the Prime Minister of Australia, the New Zealand government established a no-fault accident compensation scheme following the 1967 Royal Commission of Inquiry into Compensation for Personal Injury in New Zealand chaired by Owen Woodhouse.  Woodhouse was invited to assess the likelihood of a similar scheme being introduced in Australia.  He completed his inquiry (not available online) for such a scheme and legislation was drafted. The bill was in the Australian Parliament when the Whitlam government was dismissed by Governor-General John Kerr.  As a result of the political machinations of the Liberal Party of Australia, Australia missed the opportunity to have a national accident compensation scheme. END_OF_DOCUMENT_TOKEN_TO_BE_REPLACED

One of the most contentious issues in safety management is the treatment of workers compensation claimants.  On 18 August 2014, a small qualitative research report into this area was launched in Melbourne.  The report, “Filling the Dark Spot: fifteen injured workers shine a light on the workers compensation system to improve it for others”* identified four themes in the workers’ stories:

These themes, or at least some of them, are increasingly appearing on the occupational health and safety (OHS) literature.  To establish a successful sustainable workplace culture, one needs to establish and maintain trust.  Workers also seem to need some degree of control, or at least influence, over their working conditions and environment.  Also workers, and managers, need to receive a fair hearing, what most would describe as “natural justice”.

Victoria’s Minister for WorkCover, Assistant Treasurer Gordon Rich-Phillips, obviously felt obliged to get in early for the 2012 WorkSafe Week by stating, in a media release, that:

“Victoria is the safest state in Australia in which to work”

Rich-Phillips quotes a range of statistics based on a recent report by Safe Work Australia (SWA) – the Fourteenth Edition of the Comparative Performance Monitoring.  His claims may be correct but he is selective.  He mentions his State’s workers compensation claims performance:

The Comparative Performance Monitoring report also measures each State’s regulatory safety performance against the agreed National OHS Strategy.  Against the Injury and Musculoskeletal measure, again based on claims data, only South Australia exceeded the “36% improvement required to meet the long term target of a 40% improvement by 30 June 2012.”

” It is unlikely that Australia will meet the target.” (page 2)

The targets of the OHS National Strategy established in 2012 have been aspirational for some time and without any fear of sanction or reward for attainment, the worth of any National OHS Strategy is dubious.

“The volatility in this measure means that this improvement should be interpreted with caution and consistent improvement is still required to ensure the target is actually achieved.” (page 3)

This caution is missing from the statements of Gordon Rich-Phillips. END_OF_DOCUMENT_TOKEN_TO_BE_REPLACED