One of the hottest occupational health and safety (OHS) issues at the moment is Industrial Manslaughter but this is just one aspect of the enforcement of OHS and prosecution for breaches. In June 2019 a two-day conference on OHS/WHS Prosecution and Enforcement is being held in Melbourne, Australia with a list of respected speakers who are prominent in Australian labour law circles.

The conference is more expensive than some other OHS conferences but the list of speakers is impressive and the theme could not be more topical. (A brochure is available for download) Until March 15 2019, Criterion Conferences is applying an Early Bird discount of $500 for each delegate. SafetyAtWorkBlog has negotiated a further discount applicable to Subscribers only.

Applying the most effective way to have companies comply with their occupational health and safety (OHS) obligations has been debated in Australia and elsewhere for years.  The issue will arise again in 2019 and in relation Industrial Manslaughter laws as Australian States have elections, or the political climate suits.

There are several elements to the argument put by those in favour of Industrial Manslaughter laws. Workers are still being killed so the deterrence of existing OHS laws has seen to have failed.  Deterrence has been based on financial penalties and workers are still being killed so financial penalties have failed. Jail time is the only option left.

This is a simplistic depiction of the argument, but it is not dissimilar to some of the public arguments. The reality is that deterrence is achieved in two ways – telling the person of the consequences of an action and enforcing those consequences. 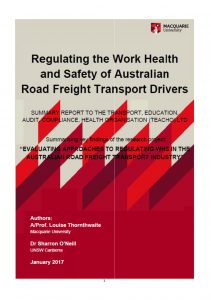 The strong readership of the article on truck driver safety based on the research of Dr Clare George resulted in one reader remind me of Australian research from 2017 that looked at similar issues.

“Work health and safety (WHS) is a significant issue for the heavy vehicle road freight transport industry. The sector has a history of the highest fatalities and serious injury rates of any industry in Australia. While media focuses on drivers killed in road crashes, these represent only a subset of the hundreds of drivers killed or permanently disabled, and thousands more injured, in and around trucks each and every year. 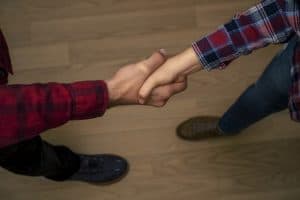 Occupational health and safety (OHS) is often about promises.  Employees trust their bosses to provide them with a job and the employer promises to provide a workplace that is as safe as possible.  There are also contractual policies which formalise OHS relationships between client and contractor.  But OHS is more often about those more personal promises and expectations between the boss and the worker. 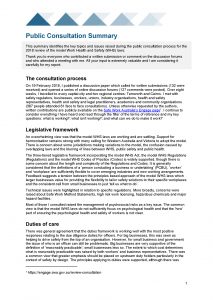 The Independent Review of Model WHS Laws being conducted by Marie Boland released a Public Consultation Summary on August 17 2018.  Boland lists the concerns raised with her as including:

“the blurring of lines between WHS [work health and safety], public safety and public health”

“The length and complexity of the Regulations and Codes”