There seems to be a spate of intelligent and knowledgeable people talking about the structural changes required by businesses to reduce and prevent psychological harm. Two Australian voices are Lucinda Brogden and Dr Rebecca Michalak. New Zealand has Dr Hillary Bennett who recently received a Lifetime Achievement Award at the New Zealand Workplace Health and Safety Awards. Bennett’s interview with SafeGuard magazine should be obligatory reading.

Bennett is asked about the Human Resource (HR) profession and nails a critical difference in the HR approach to the occupational health and safety (OHS) one:

A couple of months ago, SafetyAtWorkBlog mentioned New Zealand’s Wellbeing Budget. Last week a representative of the NZ Treasury, Ruth Shinoda, spoke about it from direct experience in Melbourne at the 7th Global Healthy Workplace Summit. The Wellbeing Budget and a complimentary Living Standard Framework provide important contrasts to how Australia is valuing the healthy and safety of its citizens and workers.

Safety conferences rarely generate media interest unless the relevant occupational health and safety (OHS) Minister is speaking or there has been a recent workplace death or safety scandal. At the recent SafetyConnect conference held by the NSCA Foundation in Melbourne, SafetyAtWorkBlog was able to chat with the Editor of New Zealand’s SafeGuard magazine, Peter Bateman. Peter has been editing the magazine and writing about workplace health and safety for a long time and, as an outsider to the OHS profession, he has some useful perspectives on how to communicate about safe and healthy workplaces.

SAWB: Peter, great to see you at the Safety Connect conference in Melbourne, hosted by the National Safety Council of Australia Foundation.  So, day one, thanks for coming over from New Zealand.  You’ve been coming to safety conferences for a long time.  How important are safety conferences to your magazine given that Safeguard runs its own conferences as well?

PB: We’ve had the opportunity, through growing the credibility of the Safeguard brand through the magazine, that’s given us I think the trust and the credibility with readers so that when we launched the awards actually, the first event we launched way back in 2005 and then the main conference a couple of years later.  And they were small, but they were successful in their own way and we’ve just been fortunate to grow them year on year, so New Zealand Workplace Health and Safety Awards have been going for 15 years and the main Safeguard National Health and Safety Conference for almost as long.  Then from that we’ve managed to create some more specialist one-day conferences as well.

PB: LegalSafe, which is more on the compliance side for those people who want more compliance side even though that’s not my particular area of interest.  But I recognise that a lot of people are very focused on compliance and fair enough.  Then more recently we’ve developed HealthyWork which started off as a way of bringing together traditional occupational health interests with the emerging wellbeing side but has really gone more into the wellbeing and psychosocial stuff as we’ve progressed. And in the last couple of years we’ve launched SafeSkills for H&S reps.

According the Weekly Times newspaper on May 8 2019 (paywalled), Mojo Motorcycles remains committed to the Australian quad bike market. Polaris acknowledges that

The Farmsafe and National Farmers Federation (NFF) Workforce Committee, Charles Armstrong, has, in Farmonline National, described the threats by Honda and Yamaha as 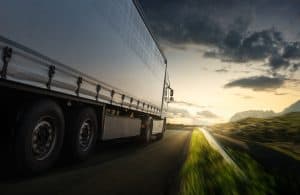 A recently completed thesis into occupational health and safety (OHS) and New Zealand’s trucking industry is gaining some media attention.  It deserves more, as it identifies many of the structural and cultural barriers to improving health and safety in this important and global industry.   END_OF_DOCUMENT_TOKEN_TO_BE_REPLACED 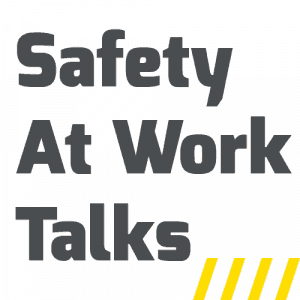 While at the recent HSPNZ Conference in Christchurch, I was able to grab the organiser, Matt Jones, for ten minutes.  It is useful to hear about the conference directly from Matt as there was some accusations of self-promotion.  The podcast can be accessed through these links

Recently I attended an occupational health and safety (OHS) conference in New Zealand which had a good representation of students.  One, Catherine Boyle, has an online survey operating for OHS managers and she is looking for participants.

As a health and safety professional working in a managerial capacity, you are invited to participate in a research project. This project aims to identify the health and safety behaviours that you either engage in or delegate to others in your workplace. This research is being conducted as part of a Masters dissertation in Applied Psychology. Your involvement will entail the completion of a brief survey, which should take no more than fifteen minutes. Participation is voluntary, confidential and anonymous. The results of the project may be published but there will be complete confidentiality of the data gathered. You will also have access to the results of the research should you wish to see them. If you are willing to participate in this research, please click on the link below. Thank you in advance for your participation.