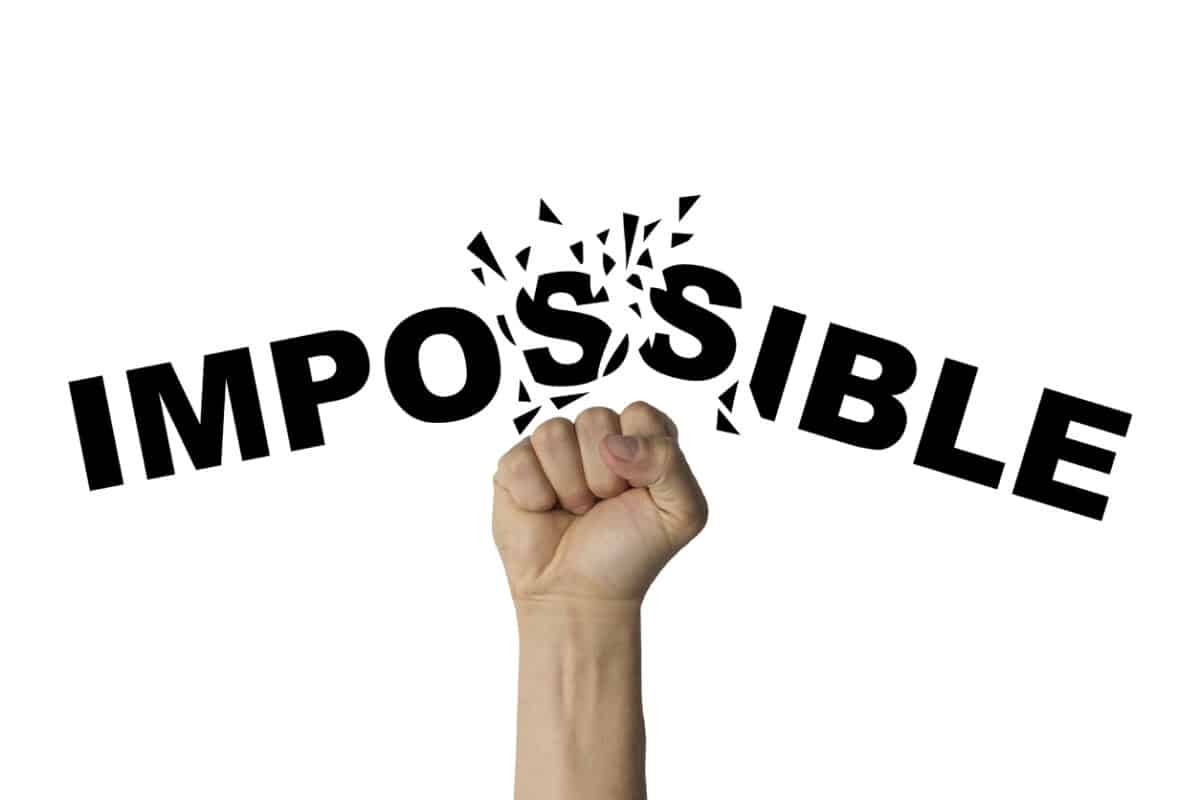 On February 27 2012, The Australian reprinted/tweaked a Harvard Business Review (HBR) article on Burnout. A significant feature of the article is the acknowledgement of organisational factors as contributing to burnout and other workplace mental health hazards. The situation seems to have changed as these types of acknowledgements were harder to draw out of psychological health experts when SafetyAtWorkBlog spoke to some in 2019.

However, there are also clear parallels to Australian research into job stressors that could have helped HBR’s author Dave Lievens add weight to the decades-long research of Michael Leiter and Christina Maslach.

SafetyAtWorkBlog occasionally receives confidential documents and phone calls about workplace health and safety incidents, investigations and reports. It is time that this process was given some formality in order to encourage transparency on issues while, if necessary, preserving anonymity. To achieve this aim a “tip-off” line has been created by SafetyAtWorkBlog using the Whispli whistleblowing platform. The workplace health and safety information line was launched in March and will continue to be refined over the next few months.

If you have some information related to workplace health and safety that you think would be of interest to SafetyAtWorkBlog readers, please let me know by clicking this gateway.

END_OF_DOCUMENT_TOKEN_TO_BE_REPLACED 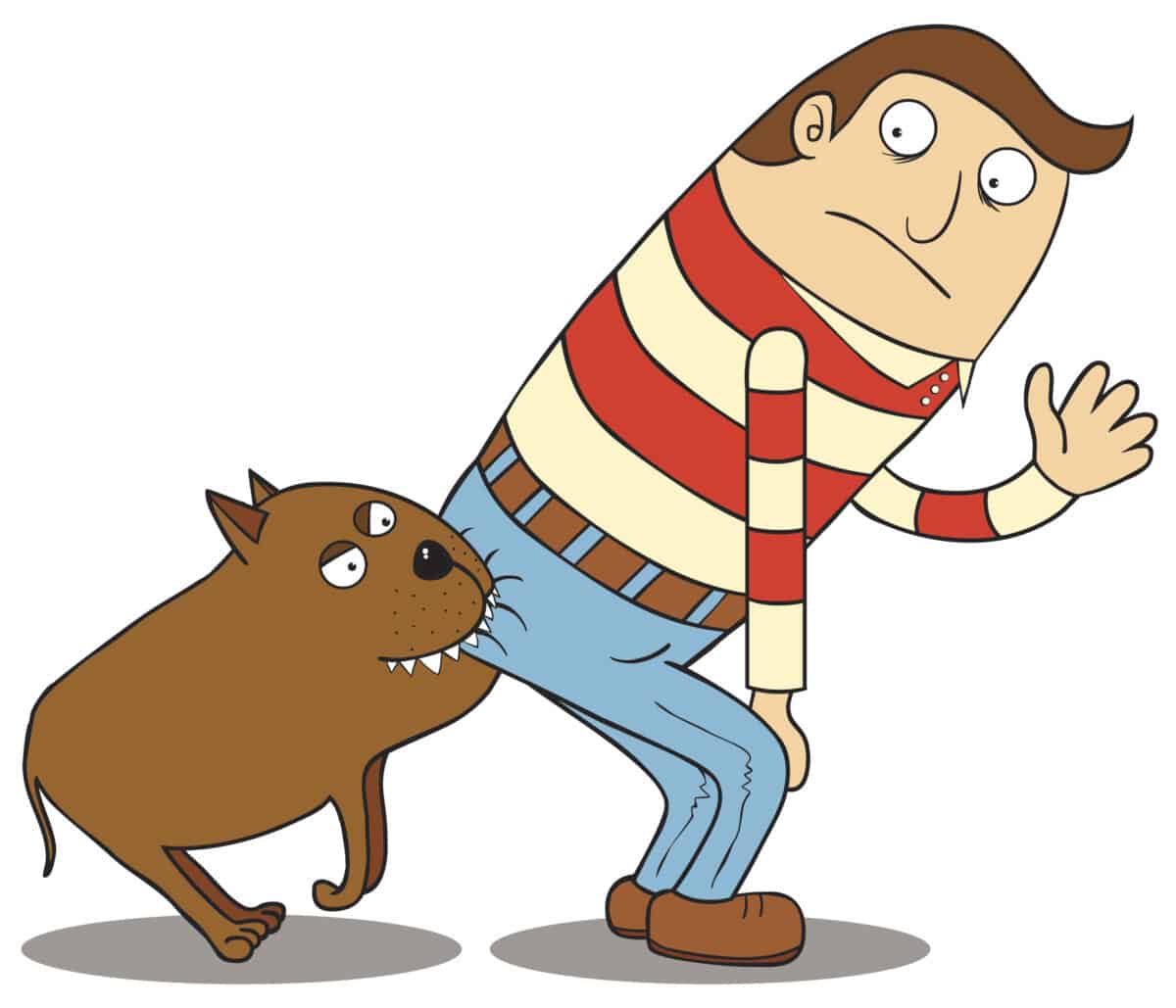 Morrison is embroiled in a scandal about an alleged rape in a ministerial office, his knowledge of and response to it, and his government’s duty of care to political employees. Below is his response to this question from a journalist:

JOURNALIST: “What is your message to young women who might want to get into politics and see this and are just horrified by it. What’s your reassurance to them about getting involved in the Liberal party or other parties? “ 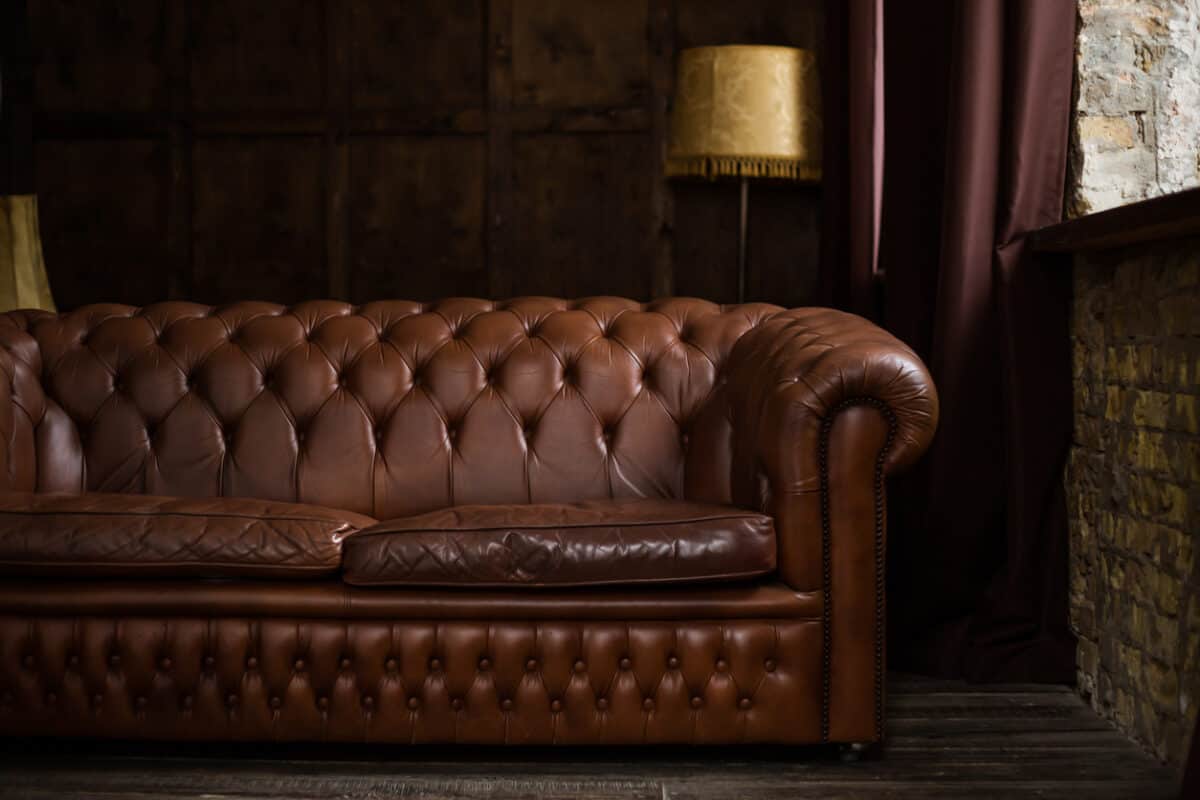 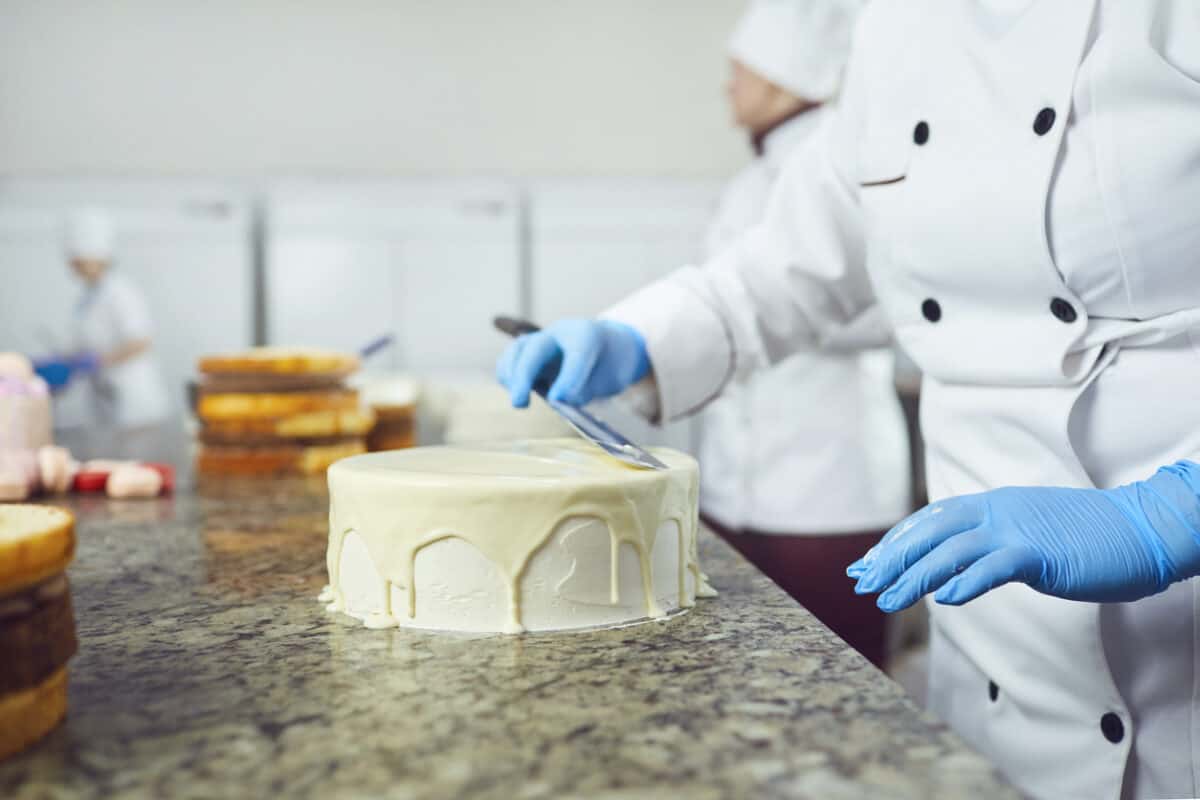 Caponecchia was asked to outline the statistics for workplace mental health in Australia. He stated that the official figures are that 9% of workers compensation claims related to mental health at work and that claims for this type of injury have increased substantially since the year 2000. However, he also added a caveat to those figures, a caveat that should apply to all official OHS statistics: 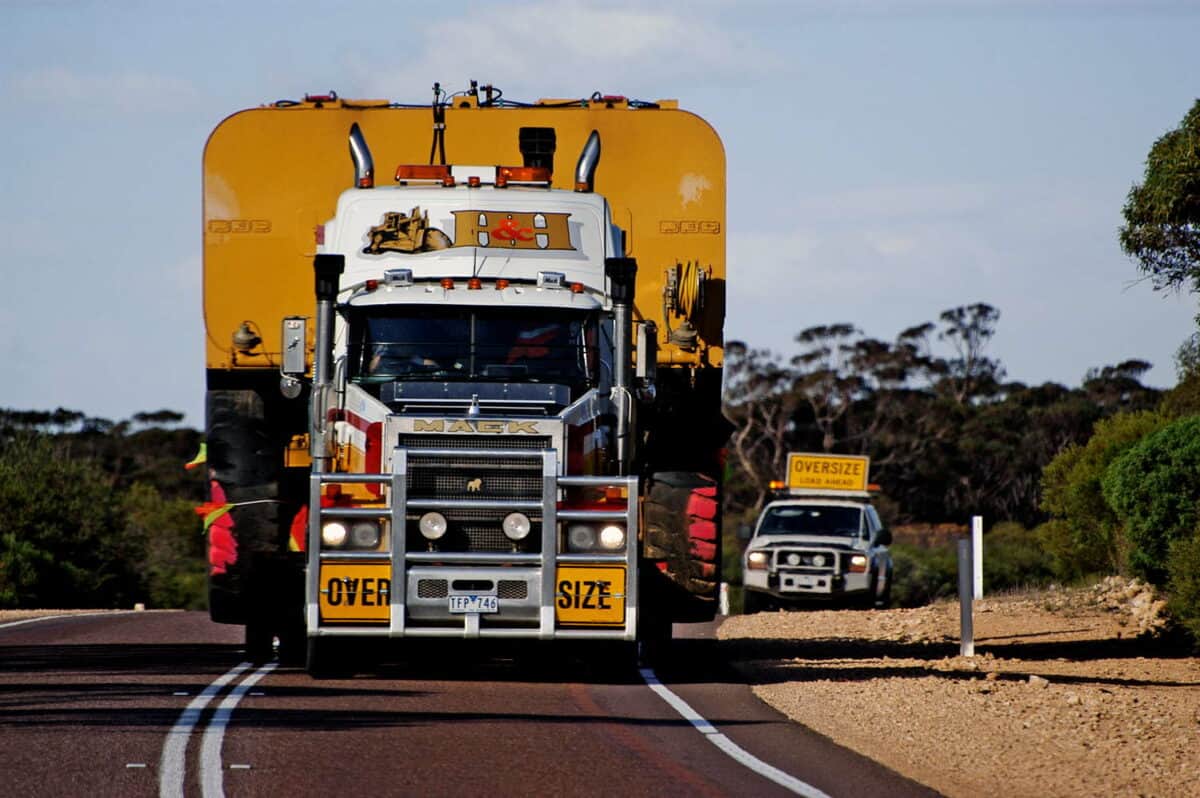 Australia’s heavy vehicle transport industry has been involved in arguing about workplace health and safety for decades. It is also one of those issues that have been largely dominated by anecdotal evidence, as shown by the recent Australian Senate Committee hearings into the “Importance of a viable, safe, sustainable and efficient road transport industry“, much to the detriment of the occupational health and safety (OHS) of the drivers, the public safety of other road users and the families of those who die in road incidents. 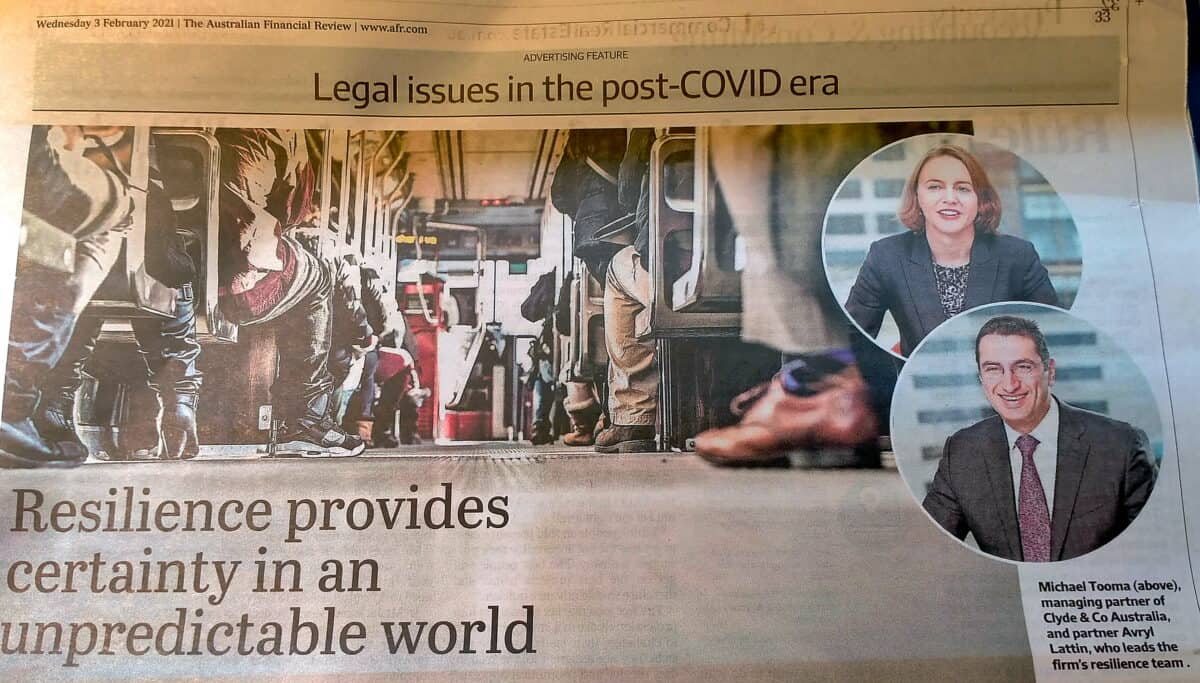 Occupational health and safety (OHS) gets a mention in a full-page advertorial in the Australian Financial Review (AFR) (February 3 2021, page 33) revolving around the legal and business services of Clyde & Co. The advertorial contains a good example of the contemporary business jargon such as “organisational resilience” – a concept that has come to the fore during the COVID-19 pandemic.

“Organisational resilience” has several definitions but here is one used by the British Standards Institution:

“….the ability of an organization to anticipate, prepare for, respond and adapt to incremental change and sudden disruptions in order to survive and prosper.”

This has very strong similarities to the much longer-established concepts of “business continuity” or sustainability within which OHS has dabbled for decades.