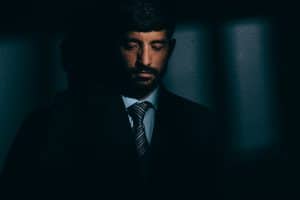 Queensland’s Minister for Employment and Industrial Relations, Grace Grace is continuing to apply political pressure on the opposition (conservative) party over the issue of industrial manslaughter laws, prior to their debate in State Parliament this week.

In a media statement released on October 6 2017, Grace states that

“We owe it to the victims and their loved ones to ensure Queensland has strong industrial manslaughter laws to protect people on the job.”

This is an appealing statement during Australia’s National Safe Work Month but the relationship between industrial manslaughter laws and safer workers is not as clear and direct as the political statements suggest.

Over a decade ago, when Industrial Manslaughter laws were being proposed nationally for the first time in Australia, there was enormous attention from business executives.  But the discussion was less about improving safety and more about avoiding personal liability.  This is a major reason why the Queensland Government has promised to ban insurance products that pay occupational health and safety (OHS) penalties imposed against employers.

If the intention is to raise the awareness of employers’ OHS responsibilities, the strategy may work but if it is intended to result in safer workplaces, the strategy would need to be supported by increased inspectorate an enforcement resources. Any industrial manslaughter laws will be just that, laws, and laws need enforcing. Particularly industrial manslaughter laws because laws that require a safe and healthy workplace already exist.

“Our proposed laws will send a clear message to corporations that negligence on their part will attract serious consequences.

“Some larger businesses are using complex corporate structures to evade their responsibilities, and our proposed laws will plug this gap.”

The Australian experience is that industrial manslaughter laws are not applied.  The UK experience is that most industrial manslaughter prosecutions are not at the large corporate level.  Government may have more success addressing the  “complex corporate structures” used to avoid OHS responsibilities through corporate law and enforcement agencies such as the Australian Securities and Investments Commission or the Australian Prudential Regulation Authority, as it is doing on the matter of law breaches by several of the Australian banks.  If companies are expected to integrate OHS/WHS due diligence into their management structures and processes, as required by most Australian safety laws, perhaps that due diligence should be the enforcement entry point.

Grace’s media statement also mentions two recent incidents of traumatic workplace deaths – Dreamworld and Eagle Farm – in support of the need for industrial manslaughter laws.  Perhaps an additional test for these laws would be their potential application to the Black Lung controversy.

According to The Australian newspaper:

“LNP Industrial Relations spokesman Jarrod Bleijie said they didn’t have any problem with industrial manslaughter offences being introduced, but they still had concerns about the legislation as written.”

The Industrial Manslaughter laws are due for debate in the Queensland Parliament this week.