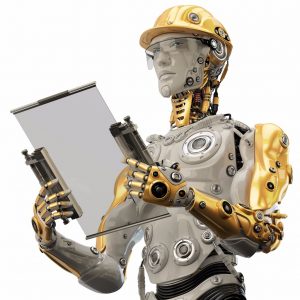 In support of this year’s election of new Board members to the Safety Institute of Australia, the Safety on Tap podcast has granted each nominee ten minutes to introduce themselves.  Some of these episodes raised the following points of interest:

The need for demographic diversity in almost all modern organisations is unarguable but the strategies to achieve this can often miss the need to acknowledge the importance of “mental demographics” – the need to change the minds and attitudes of people of all ages.  Such a statement echoes the harsh colonialism of changing “hearts and minds” but any strategy for change must integrate existing social and organisational structures and power dynamics or else it could promote potential conflict or “white-anting”.

The demographic focus is often described in terms of Diversity but such a focus risks being dominated by one or two demographic sections, such as gender or age, or even the lobbyist who gains the greatest influence.  There is a risk that the push for diversity can compound exclusivity and elitism if diversity is not broadly and carefully applied.  Perhaps more, and quicker, progress would come through focusing on Inclusivity rather than Diversity.

To achieve this change, one needs to know oneself.  The OHS profession, at least in Australia, has always been poorly defined and identified.  Almost twenty years ago the Safety Institute of Australia estimated around 18,000 people identified themselves as safety professionals. It is not known if Health and Safety Representatives were included.  There has been the occasional survey of the profession but these have been, principally, for marketing purposes and have not been as helpful as they could have been. The OHS profession is poorly defined and understood although some research efforts have begun.

Building on the past

New thoughts and new approaches are always needed but these should not be dismissive of what has gone before, even if the past was a mess.  Progress refines itself on the knowledge of past mistakes. We learn through failures and so the mistakes of OHS institutions and the dead-ends of safety research and thinking are important to know. Corporate knowledge should incorporate the successes and the failures, the good and the bad, so that future strategies are built on a robust state of knowledge.

Many safety organisations have long histories of which they are justifiably proud. In preparing for the future, it is necessary to reflect on whether the structure of an organisation, or a profession, remains suitable or whether that structure is a potential impediment to progress.

The rapid change in communication methods and social and professional connections is a challenge to all contemporary organisations.  Most are trying to cope with this change rather than embracing it.

Some organisations may achieve a better understanding of their potential by starting from a clean slate.  As OHS professionals, it is worth asking “if the safety profession was to be built today, from scratch, on what structure would it model itself?”  Would it look to the past and build a “bricks and mortar” institution? Would it be a “community of practice”? Would it be a virtual institute that operates almost entirely online?

This rumination does not dismiss the history of the safety profession or the achievements of its associations but advocates a lively freedom in thought.

OHS associations have been dominated by academic institutions due to a desire to create mutual support mechanisms and to promote evidence-based policy decisions. These achievements have been largely successful but they have often occurred at the exclusion of others who are just as passionate about safety.  The OHS profession should reevaluate the dominance of these formal structural links to academia. If there was not an OHS academia, what would the OHS profession look like?  Would a profession be needed?  Are there other ways to improve safety in workplaces and society? Perhaps through seeing OHS as a “trade” rather than a “profession”?

Australia’s OHS profession has not yet reached its centenary. One organisation, the National Safety Council of Australia, has only ten years to go.  Such anniversaries are often used as a point for reflection and speculation.  Discussion of the future of the safety profession in Australia is likely to ramp up in the next decade or so and the discussion will be indicative of the maturity of that profession.  Will the profession hang onto a structure that suited it in the 20th Century or be prepared to change substantially to meet the needs of the 21st Century? Will OHS continue to be seen as an impediment to productivity by most or as a base from which a new socio-corporate morality will be built? Will the profession continue to be accused of elitism or will it embrace the inclusivity that the rest of society is working towards?

Organisations, safety ones included, seem obliged to produce strategy and framework documents. against which organisations are rarely held accountable.  Set a performance target and figures will always show satisfaction of that target or, if the target will not be reached, the strategy fades into history and is never mentioned again.

The Australian safety profession needs a new vision developed by organisations that are not afraid to scrap outmoded practices, structures and relationships in order to build a more relevant, sustainable and influential profession.  This process needs to be based on inclusivity and be prepared to reject historical demarcations that smack of elitism and a narrow understanding of how safety can fit with, and lead. the contemporary socio-political expectations.

One election will not achieve this change but over a short period of time, people of vision will be able to reconfigure the OHS profession for it to suit future needs.  Those people, and the organisations they represent, will need to be brave and be prepared to sacrifice long-held but futureless beliefs and practices.  The demographics are changing as are the opportunities presented by technology.  What the future of the OHS profession demands is the preparation for an uncertain future and multiple possibilities without denying the achievements and mistakes of the past.

In the coming weeks, SafetyAtWorkBlog will be reporting on safety conferences in Melbourne, Sydney and Singapore and will be looking for the future of the profession.