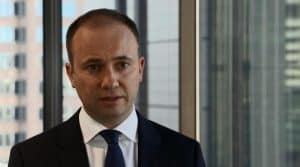 It was reported during the recent Farm Safety Week in Australia, that the  Federal Government is willing to work with the States to improve quad bike safety.  The New South Wales (NSW) Government has responded by saying the Federals should provide a national five-star safety rating system on the farm vehicles.  Such a system is widely supported until the discussion turns to the criteria to be included.

Some of the print reporting of the current discussions sound has the NSW Minister for Innovation and Better Regulation, Matt Kean, sounding like a politician – reasonable and measured.  However, the delivery of the same message on the NSW Country Hour program for July 18 2017 (at the 43 minute 40 second mark) is much tougher.  The Minister should be even tougher on this issue and take it up to the quad bike manufacturers.

Kean claims the five-star safety rating for motor vehicles has shown the benefit of such a scheme as  “manufacturers have been force to build safer cars”.  He is committed to implementing all the recommendations of the recent NSW Coronial inquest into quad bike-related fatalities but

“…the one big one is getting the manufacturers to come to the table and start building safer bikes.”

When the ABC reporter points out the persistent opposition of quad bike manufacturers to changing the design of the vehicles or adding crush protection devices, the Minister responds:

“I am gonna fight tooth and nail for every single farmer in this State and I don’t care what the industry says, my number one focus is protecting lives and preventing farmers from suffering more serious injuries. If I see one more death, if I see one more serious injury as a result of quad bikes that are not safe then, let me tell you, I will take whatever steps necessary to protect our farmers…….. if [the manufacturers] don’t want to play ball, we will make them.”

Kean seems passionate about farmer safety and it should be noted that this statement has been made during Farm Safety Week and during a farm safety conference so the political advantages and obligations are obvious.  However the confrontational language used has not been heard before from a government representative.

His claim that quad bikes are inherently unsafe echoes the thoughts of many safety advocates but is contrary to the claims of manufacturers who emphasise the role and activities of the rider in using the vehicle and on choosing the type of terrain.  Kean’s demand for “safer bikes” implies that current models are not safe enough.  If he follows through on his claim to “take whatever steps necessary to protect our farmers” in the face of obstruction from the manufacturers, he should instigate an investigation through the consumer protection agency over the manufacture of a dangerous and unsafe product – a strategy successfully applied in the 1970s against agricultural tricycles.  Matt Kean’s ministerial responsibilities include the Office of Fair Trading, the State’s consumer protection agency.

Kean advocates the development of a five-star safety rating system through consensus with all relevant parties but this has been proposed previously elsewhere and the manufacturers have disagreed with the criteria proposed.  Without consensus the strategy fails.  Such a rating system for motor vehicles seems to have had positive safety benefits but such a strategy can also be seen as a lack of leadership, particularly on an issue about which the Minister feels so strongly .  This lack is illustrated in the Minister’s radio interview when asked if the NSW Government is willing to go it alone on the star rating system.  He pushed the attention onto the Federal Government.

Kean’s hesitation may be an indication of the NSW Government being gun-shy after the decision to ban greyhound racing was overturned several months later leading to a very embarrassing political backdown. But there is enough evidence showing the current design of quad bikes presents a high risk of rollovers for a Government to take decisive action.  Yes the manufacturers will protest, as they have done for years, but the Government can claim the high moral ground of keeping its citizens alive.  Or the NSW Government and Minister Kean can take the enforcement path through consumer protection laws.