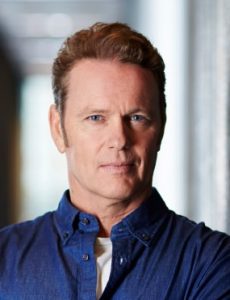 Prominent Australian actor, Craig McLachlan, has been accused of indecent assault by cast members of the Rocky Horror Show, according to the Australian Broadcasting Corporation (ABC) and Fairfax media (paywalled).  One actress, Erika Heynatz, has identified this behaviour as a workplace safety issue:

“Heynatz went immediately to the head mechanic, whose job it was to ensure safety. She recalled that he was laughing “uncomfortably”. But she told him that McLachlan had to be spoken to, that this was a safety issue.”

Articles in both media outlets relate the anguish that actors felt after the alleged events and how this affected their work performance.

The producers of the Rocky Horror Show, the Gordon Frost Organisation (GFO), has also tied these accusations into occupational health and safety.  The concluding paragraph in the Fairfax report states:

“GFO, the country’s leading producer of musical theatre, declined to comment to Fairfax Media but maintained in its legal letters that it always provided a safe work place, “free of bullying or unlawful harassment”.

Clarification is being sought from GFO.

Regardless of the pre-Christmas revelations about TV personality Don Burke, the McLachlan accusations are particularly pertinent to initiatives recently undertaken and announced by some sectors of Australia’s stage and screen industry, as reported in December 2017.

If the allegations are true, and if the trend continues, McLachlan’s career is in serious trouble and so are the  current screen and stage productions in which he stars and produces. But it is also a case where the lines of responsibility and the legislative relevances are unclear.

Many in the Arts like to think of their industry as having a uniqueness where safety is sometimes compromised for the purposes of creativity.  This attitude has been identified as part of the reason that inappropriate behaviour has been tolerated in the past.  The challenge facing this industry sector now is that the tolerance of such behaviour is no longer valid and yet elements of the industry have come to rely on that tolerance for the industry to continue.  Should the disruption of the entertainment industry from issues of sexual harassment continue, the industry structure and management processes and career expectations will need to be reconfigured, which is much more than the cultural change that other industries and companies face.

Following on from the seminars and initiatives from December 2017, Screen Producers Australia and the Media Entertainment and Arts Alliance have released draft documents related to sexual harassment, conduct, bullying and incident investigations with public comment through to February 16 2018.