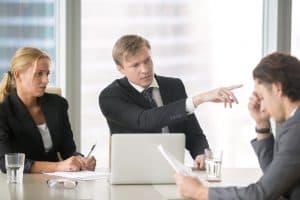 Australia has received its own local focus for the #MeToo concerns about sexual harassment in the workplace.  www.now.org.au is the result of a greatly increased concern in Australia, predominantly from the Weinstein issues and the Australian versions.  There seems to be enough interest and expertise behind this organisation that it will move beyond awareness raising to participating in policy decision. However, there is a risk in responses to workplace sexual harassment and mental health that was summarised well by Martin McKenzie-Murray in The Saturday Paper (paywalled) on March 24 2018 and echoes WorkSafe Victoria’s workplace bullying concerns of seven years ago.

Tracey Spicer and Melinda Schneider have developed the NOW website and collated the stories around which the site is based.  Most of these stories have come from Australia’s entertainment industry and from women, which is understandable given the Weinstein attention but men are not excluded from NOW.  Many of the incidents raised remain allegations and under investigation so the full contexts are still to be revealed and this is part of the challenge.