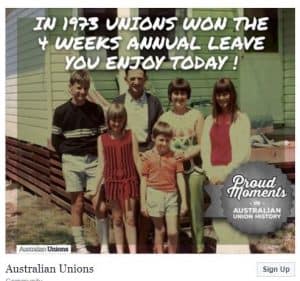 Occupational health and safety (OHS) and Human Resources (HR) disciplines continue to, mostly, operate in isolation and, sometimes, in conflict.  Part of the reason is that workplace matters are often seen as either OHS or HR, even though they are both.

SafetyAtWorkBlog looks for why Australian workers have four weeks of Annual Leave.

Australian workers are entitled to four weeks annual leave paid for by the employer.  There is also a 17.5% leave loading which is a form of holiday pay. The Fair Work Ombudsman has a lot of information about this leave entitlement, but does not say why this entitlement exists. (It should also be noted that this is predicated on full-time and part-time work.  Contractors and gig workers usually get none of this leave)

A website of the Australian Council of Trade Unions, designed for students, also does not explain why.  The site says:

“Everybody loves holidays – time to travel, time with friends and family, time to do things that you want to do”

This illustrates the consequence of the annual leave, not the reasons for getting it.

This position is echoed by Forbes magazine which, in 2014, reported on a study that shows:

It makes sense that if taking annual leave can improve our mood, extend our life and reduce our risk of heart disease, then workplace productivity is surely going to benefit as well. In fact, the report What About the Bosses?: Employers and Extended Hours of Work, suggests that workers who experience favourable working hours and additional annual leave tend to work more productively and take fewer sick days.” (link added)

Sadly, the report referenced in the quote, commissioned by the Australian Council of Trade Unions, does not address annual leave, only hours of work but it does present a strong argument for workplace flexibility.

Hitting the SafetyAtWorkBlog library has not helped either. The Australian Master Human Resources Guide (2004/05, 3rd edition) discusses Annual Leave and asks “what is annual leave?” (Page 552-553) but fails to explain any justification for it.

Going further back to 1971 and industrial Awards, the South Australian Government Gazette grants Annual Leave but fails to say why.

So What is Annual Leave for?

Annual leave seems to have been intended not as a reward for hard work, but as a formal arrangement for rest and recuperation with the understanding that this will contribute to the expected level of productivity when one returns to work.  There are many psychological, social and familial benefits related to annual leave but whether these benefits were the intention has been difficult to determine.  The reward perspective seems to be the dominant one, and is reflected in the Australian Unions campaign.

As some writers have acknowledged, even those workers who are entitled to this type of leave often split it across the work periods rather than using the four weeks as a block.  Sometimes this relates to family duties in school holidays, sometimes this could be one way of getting close to a nine-day fortnight. This splitting reinforces the reward perspective, in the absence of a mental health purpose.

There was always a assumption that annual leave equalled rest but the reality is different.  One could be looking after children or other relatives or be working on a hobby or project or working for a friend.  Rest is not necessarily part of annual leave.  It seems often to be the replacement of one type of work and its related stressors with another that is less stressful and more enjoyable.  So the expected rest in Annual Leave may be just absence from one’s principal job.

Personal experience tells me that it takes around a week of separation from the job for me to truly relax and stop thinking about work; for me to take mental leave of my normal work experience.

Four weeks annual leave has become an entitlement for Australian workers, one achieved largely by the advocacy of the trade union movement.   There has always been an OHS purpose for this block of leave but that benefit is disappearing quickly as work and employment structures change.  Already some workers are reporting that they do not have the option to “switch off” to the extent required to truly rest and recuperate, to recalibrate one’s psychological health.  It will become increasingly likely that these long periods of leave will only occur in between employment; and if full-time employment stops being the norm, recalibration will be next to impossible and ill-health will also become the norm.