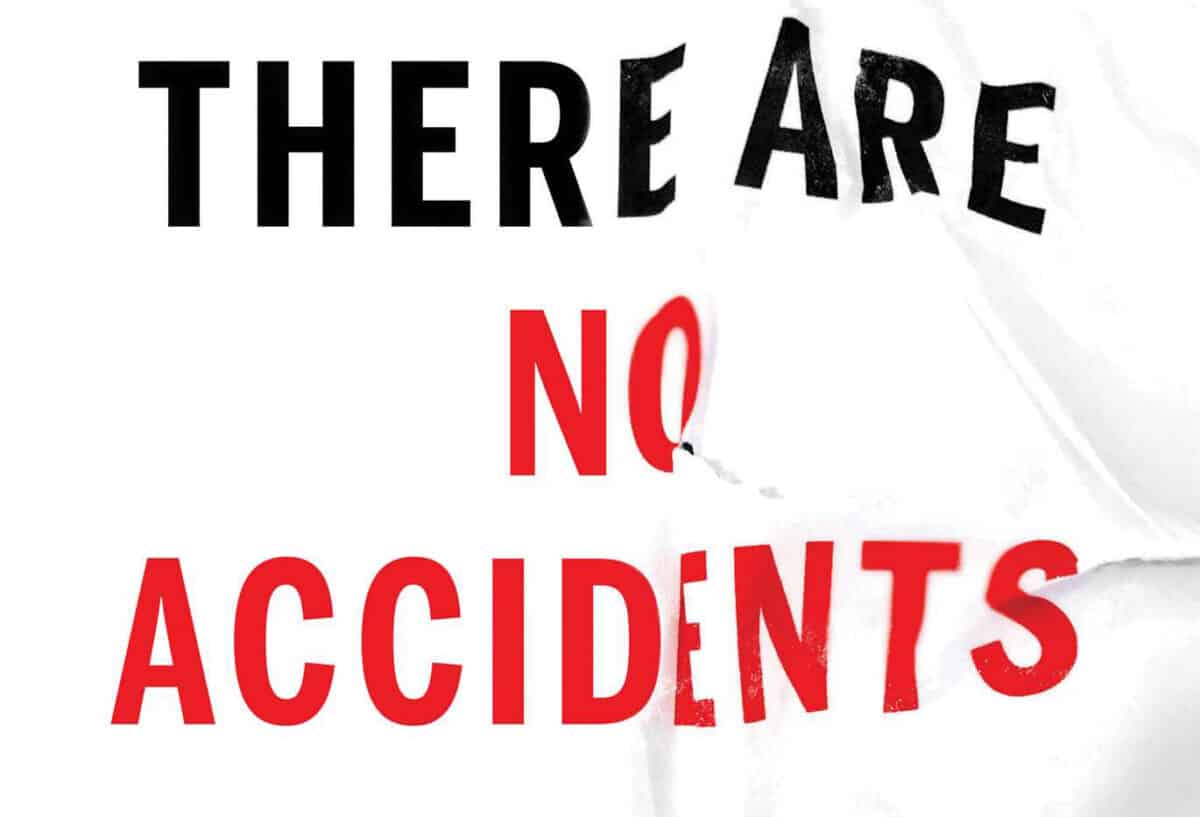 I am halfway through an extraordinary book called “There Are No Accidents –
The Deadly Rise of Injury and Disaster—Who Profits and Who Pays the Price” by Jessie Singer. It is extraordinary in many ways, but the most significant is that Singer chose to write a book for the general reader about how people are hurt at work, home and when driving and how describing these as “accidents” deflects responsibility, as if there was nothing that could be done to prevent them. This is of huge significance to the advocates of work health and safety, and the book’s release should spark interviews with Singer and book reviews which could lead to a broader social discussion of safety.

One of the book’s limitations is that Springer remains with traumatic physical injuries. Psychological trauma is hardly mentioned, but I reckon James Davies’ recent book “Sedated” is a thematic companion to Singer’s – both look beyond the usual and accepted excuses for inaction.

Singer provides a phrase for this “looking beyond the status quo”. When discussing the 1991 chicken factory fire in Hamlet, she mentions the book mon the disaster by Bryant Simon:

“In The Hamlet Fire: A Tragic Story of Cheap Food, Cheap Government, and Cheap Lives, he traces the history of the Imperial Foods chicken processing plant backward through the owners dodging OSHA inspections in the North, moving the factory to the South to avoid regulation, and choosing to locate it in a Black neighborhood because that meant they could hire workers who would have less power to protest dangerous conditions. Simon calls this process a social autopsy, a way of figuring out a true cause of death. He discovered that the cause of the death toll in Hamlet was not a random accident but a predictable one, born not of a worker’s error but of underlying conditions—and not just the physically dangerous conditions of the workplace, controlled by the owners, but also the social conditions those owners were using to their advantage. This could be seen, in part, in how much the workers identities affected how people described the accident after the fact.”

Australia does not have the issue of Black workers to the extent of the United States. Still, recent investigations into meat processing plants have revealed similar unsafe work practices, exploitation and unhealthy working conditions to those mentioned by Simon and Singer. No one in Australia has yet written about OHS in dirty jobs in the manner of Bryant Simon or Eyal Press or Eric Schlosser, but there is enough current evidence to do so. The use of migrant labour will only increase in Australia post-COVID, and conditions are likely to remain as bad as in 2019. Cost increases from global warming, inflation, fuel prices and others will recreate the demand for cheap “disposable” labour and continue to have employers turn a blind eye to worker safety, health and wellbeing.

The standout phrase of the quote above is “social autopsy”. Sadly autopsies only happen after death, but that is also the nature of reform on occupational health and safety (OHS) for over a century – multiple deaths, large-scale service disruption or destruction, the death or suicide of a high-profile person, celebrity or the rich. The motive for prevention never results from a risk assessment, only the realisation of that risk in a traumatic fatality.

“what we call accidents are in some ways manufactured vulnerabilities.”

The catalyst for Singer’s book was the death of a friend in a “traffic accident”, so it is no surprise that she focusses a lot of the book on traffic-related themes. She understandably goes to Ralph Nader‘s “Unsafe at any Speed” but takes a broader historical context, which is easier to do due to Nader’s continued consumer safety advocacy. However, more interesting is her writing about the lawyer, antimilitarist, feminist, socialist, and journalist Crystal Eastman.

Eastman should be a familiar story to all OHS advocates in any country. She was one of the first to write about US workplace health and safety from the perspective of the deceased workers’ families, especially in her chapter called “The Effect of Industrial Fatalities upon the Home”. Singer writes:

“….before workers compensation laws were in place, Eastman created a new concern for the American worker by telling the story of accidents from the perspective of the victims family—and with Hines photos, painting a picture of what accidents cost. She explained the economic disaster left behind following nonfatal accidents: of the men who lost an eye by accident on the job, more than half were compensated $50 or less; half of the men who had been wholly and permanently disabled were paid nothing; $0 was offered to most of the men who lost fingers (two or more) or who lost an arm. She found that, to the families of more than half the married workers killed in a work accident, employers paid $100 or less, and of those, the employers paid 48 percent nothing at all. Even the $100 would cover only funeral expenses, nothing more. She drew attention to the mothers, who by Eastman’s count bore the most tremendous burden of work accidents. When their breadwinner died, these sudden widows had no income and often many children, and soon after a work accident killed their spouses, they would lose their company housing, be forced to sell their furniture, and then have to figure out how not to starve in a world where all well-paying work was for men.”

“Eastman’s “Work-Accidents and the Law” is most readily available as an ebook. I purchased a hard copy historical reprint which has a few pages printed upside down! I only learned about Eastman and this book in the last few years. That the book was published in 1910 is extraordinary. How did such perceptive research not affect more sustainable change? How come most OHS people’s education jumps from the Industrial Revolution to Bird’s pyramid!?

Singer makes an historical case that the rate of workplace fatalities is closely related to the existence and activity of trade unions. She is more careful than many trade unionists:

“This shift, a loss of control over workplace conditions, coincides precisely with the rising accidental injury rate of workers”

She does not claim a cause and effect but emphasises the coincidence. Whether this coincidence continued past the 1960s and/or outside the United States is questionable. From the 1970s onwards, the neoliberal ideology seems to have converted a coincidence into a targetted strategy of removing the influential competitor in favour of wealth.

Throughout Singer’s book is the theme of blame. At the end of the book, when one usually looks for hope and solutions, she writes this about blame:

“Blame is a food chain. Always look to the top. Who has the most power? Who can have the greatest effect? The answer is very rarely the person closest to the accident – the reckless driver, or the pilot who pulled up when he should have pulled down, or the power plant operator who fell asleep on the job. People who blame individuals for accidents and crimes are almost always drawing attention away from the systems that allowed the death and injury, and the vast potential for prevention. Where you can, point back to what can actually change the trajectory of any given accident.”

As I said at the top of this article, I have only just started reading the book. There is soooo much in Singer’s book that speaks clearly to OHS advocates, but the most significant impact could be to speak clearly to non-OHS readers – the social activists, the speakers of social justice, policymakers and more. Once this book starts to gain media attention, public awareness can snowball through radio interviews with Jessie Singer, book reviews and cross-references, like this article.

Singer writes about the power of one word – accident – but this should encourage people to think about the social context of other work-related words such as harassment, incident, system, management and supervision, amongst others. The OHS profession has a habit that became a tradition of not looking deeply at its social context or being very selective on its research concepts. We need more books like Singer’s and Davies’ that explain OHS to the general reader and improves our capacity to explain what we do and why we do it. Australia so much needs a local version of these books and investigative approaches. Until then, read Singer.