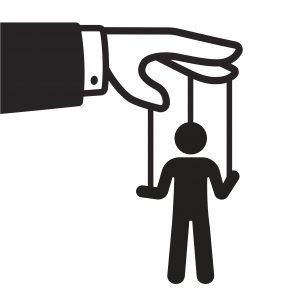 Victoria is the latest Australian State to introduce laws into Parliament that establish a licencing scheme for labour hire operators. The Labour Hire Licensing Bill 2017 was read into Parliament on 14 December 2017 (Hansard, pages 55-61)

The Bill is compatible with the laws passed recently in Queensland and South Australia which apply a universal licencing scheme rather than a sectoral one as preferred by some organisations.  This should make the scheme easier to administer as it removes demarcation disputes and, as pointed out by the Minister for Roads and Road Safety, Luke Donnellan, removes loopholes of opportunity for avoiding obligations – a critical consideration in a sector that has shown such disregard for legal obligations.

The occupational health and safety (OHS) context is mentioned several times in the Reading and Speech.  The laws will state that

“…licence-holders must provide certain information to the authority annually….. such as notifiable incidents under a workplace law and workers’ compensation applications made by workers.” (page 56)

Part of the challenge in this industry sector is under-reporting of incidents.  Injuries are regularly not reported as to do so would threaten the employment.  Workers’ compensation has been unheard of in much of the sector.

As with all laws, monitoring and enforcement is crucial.  The Labour Hire Licensing Authority (LHLA) has inspection powers but the effectiveness of these will require sufficient resourcing by government which is a perennial problem for all government authorities.

Any enforcement and inspection should involve coordination with other relevant authorities, such as WorkSafe.  The Minister said:

“The authority may also have regard to other information, including information provided by another regulator, for the purpose of being satisfied of any matter in relation to the [licence] application.” (page 55)

There is some discussion about the licencees being required to meet a “fit and proper” eligibility.  OHS compliance and commitment is not identified as an element of this criterion in the Reading or Speech but it is reasonable to expect OHS due diligence in licencing and procurement to assess the applicant’s safety record [see update below].  This should occur through, at least, a Memorandum of Understanding between the LHLA and WorkSafe.

The Minister’s Speech clarified the “fit and proper” criteria:

“To obtain a licence, providers will be required to:

Given that a register of licencees will be publicly available, it would be embarrassing to the Government if an applicant was granted a licence and it was found that the person, or a relative, had a poor OHS record or disregard for worker safety.  The  Minister does say that one of the aims of the scheme is the protection of workers (page 56) and it is reasonable to expect safety to be part of that protection.

This expectation is reinforced in the discussion about the inspectorate:

“… the purpose of the inspection powers is to enforce compliance with the bill and relevant licence conditions, to ensure that labour hire services are provided in a safe and transparent manner, and the rights of vulnerable workers are protected.” (page 57, emphasis added)

The Minister also tried to address any Opposition or business concerns about unnecessary bureaucracy by stating that:

” … the bill does not impose any additional
workplace laws, tax, superannuation or health and safety obligations on labour hire businesses. It merely requires an applicant or licensee to comply with existing legal
obligations.” (page 60)

Hansard states that the debate on the Labour Hire Licensing Bill 2017 was adjourned to December 28 but as the Victorian Parliament does not now sit until February 6 2018, it is difficult to determine an accurate timeline for implementation of the licencing scheme.

That OHS is included as an element of the licencing scheme is excellent but the OHS obligations are not as obvious as one would expect particularly when considering the attention given to other poor management practices in the labour hire sector by the media, unions and others.  Even Hansard shows that OHS is often an afterthought that is included in debate as an obligation rather than a realisation of commitment.  This is particularly worrisome when anticipating the resources and coordination required to render this licencing scheme effective through adequate funding and inter-departmental cooperation.

The Labour Hire Licensing Authority has a good chance of surviving beyond the regular political cycles with the diminution of neoliberal influence and policies but regulatory bodies of this type are often erased due to political ideologies or weakened through amalgamation with other authorities when governmental economic efficiencies are sought.

A further threat is that the licencing of labour hire is of little interest to the current Federal Government.  Minister Donnellan reminded Parliament that:

“On 22 May this year, the then Federal Minister for Agriculture, the Hon. Barnaby Joyce, dismissed calls for a national labour hire licensing scheme, stating that state governments should be able to regulate the labour hire industry because, and I quote, “states have got to have a purpose to exist.”” (page 60)

It looks like the OHS profession will need to continue reminding Government of the OHS relevance to labour hire and vulnerable workers even when the Labour Hire Licencing Authority commences.

The Labour Hire Licensing Bill 2017 is now publicly available.  Section 22 of the Bill expands on the “fit and proper” person test:

“A person is a fit and proper person, at a particular time, unless any of the following apply to the person at that time…..
(b) within the preceding 5 years, the person or a body corporate of which the person was an officer, has—
(i) been found by a court, tribunal or regulator to have contravened a workplace law, a labour hire industry law or a minimum accommodation standard;…..” (emphasis added)

The Bill’s definition of “workplace laws” includes a suite of State and Federal laws including the Occupational Health and Safety Act 2004.

Achieving improvements in workplace safety and conditions through this legislative mechanism remains some distance from on-the-ground enforcement, which relies on the powers and strategies of the OHS Inspectorate which are dependent on the political climate, organisational resources and available funding.