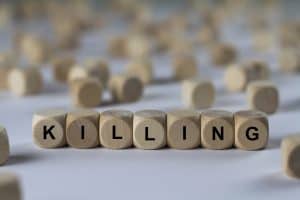 Industrial manslaughter laws passed through the Queensland Parliament on October 12 2017.  The debate about the laws on that day is an interesting read as it illustrates some of the thoughts about workplace safety in the minds of policy decision makers, business owners, industry associations, trade unions and safety advocates.

Lawyer for Herbert Smith Freehills, Steve Bell, has said in a LinkedIn post that:

“Will [industrial manslaughter laws] make workplaces safer? In my view probably not, but it will certainly affect the manner in which businesses respond to workplace incidents and external investigations.”

This perspective is understandable and valid when one considers the laws to be a part of the post-incident investigation and prosecution.  A similar view was expressed in Queensland’s Parliament by the  Liberal National Party’s David Janetzki, based on the submission by the Chamber of Commerce and Industry Queensland:

“The CCIQ have spoken about this. In their best guess the imposition of these rules will not in any way, shape or form improve health and safety outcomes in Queensland, will not see an improvement in health and safety culture, and will not address the issue at hand, which is fatalities.” (Hansard, page 3316)

This linear thinking of cause and effect seems valid in relation to fatalities but less so in the impact of safety culture. Safety culture is intimately involved with the presence of safety leadership which is usually interpreted as residing in the senior executive.  Increasing the exposure to prosecution of these executives should generate some change in leadership which may affect the organisational culture.

If experience is anything to go by, increased executive risk exposure usually results in investigating the avoidance of liability rather than an increase in safety but industrial manslaughter laws do provide an opportunity for regulators and safety advocates to restate the case for improving occupational health and safety (OHS) and the flow-on improvements in productivity and profitability.

Janetzki is alarmist when he says

“Businesses will again cop it in the neck because they are forced to go back to square one and revisit all their health and safety obligations.”

Queensland has had OHS laws and obligations on employers to provide safe and healthy work environments for decades.  Industrial manslaughter laws have not changed these duties only added to the consequences of breaching these duties.  No business needs to revisit any of their OHS obligations.  If it was compliant last week, it is compliant this week.  If it was non-compliant then, so it is now.

Janetzki also illustrates one of the major reasons why industrial manslaughter laws were introduced when he says:

“One of the questions they will be asking is this: what is our liability under this act? “

The question being asked should be “how can I improve my company’s working environment so that my workers are not harmed?”  Those who are concerned about personal liability for workplace deaths are displaying a critical misunderstanding of OHS and their legislative obligations.  They are also indicating to their workforce that the avoidance of jail by executives is more important than providing a healthy and safe workplace – the antithesis of the leadership expected by safety regulators, workers, customers, suppliers and Boards.

Janetzki also mentioned that these laws will increase costs.

“Businesses that have just come to terms with the 2011 amendments will now need to go back to square one and reconsider these issues all over again. That will be a cost to business and there will be no discernible improvement in the health and safety environment for Queensland workers. It will simply be a cost and an imposition on businesses.”

It is difficult to see how industrial manslaughter laws will increase costs.

None of these issues are expected to be improved as a result of industrial manslaughter laws but one of the aims of the laws is to increase the executive focus on OHS which should reduce exploitation, provide effective safety training and in crease the quality or safety of materials.

Donaldson recounts a near miss experienced by her husband that resulted in the death of another worker.  The circumstances of that experience illustrate poor safety management more than anything else and it would have been useful to know what prosecution, if any, WorkSafe Queensland had taken against the company and the company executives.

A much stronger example would be the actions being taken by the safety regulators, police and others against the company and executives involved with the Eagle Farm deaths.  The builder in charge of the construction site, Claudio D’Alessandro, was charged by the police with manslaughter in November 2016.

The LNP’s Steven Minnikin told Parliament that the LNP

“…believes very much in the absolute dignity of work and the right for all workers to go to work each day, to get paid a decent wage and, most importantly, to come home safely to their families at the end of every shift or every day.” (Hansard, page 3117)

What is meant by an “absdolute dignity of work” is unclear but it could be a phrase that could haunt the Member of Parliament.  It shows how loose some MPs have been in the debate over industrial manslaughter laws and workplace safety.  Minnikin states

“We all know that workplace health and safety is and always will be a shared responsibility between the employer, the employee, unions and safety advocates. That dynamic will never, ever change. “

The universal understanding of OHS is overstated although it can be argued that we all know what OHS is until we are required to apply it.  Implicit whenever someone says OHS is a shared responsibility is that safety obligations are of equal weight, and this is not supported by the safety legislation.

Current thinking on OHS is that safety is dynamic and constantly changing hence the inclusion of the management of change and continuous improvement elements in the upcoming international standard for OHS management systems – ISO45001 – and the analysis of leadership and culture.

“We have heard that the mechanism of the bill can ensure that complex structures do not artificially remove senior responsible officers from their responsibilities where their conduct is criminally negligent. That is to ensure that safety at work becomes a culture that goes through the entire business and right through the chain of businesses that conduct the work.” (Hansard, page 3130)

Whether this type of offence can ensure the acceptance of OHS responsibilities is debatable and, on the basis of the experience in the Australian Capital Territory, difficult to quantify. Safety Culture may begin at the top of the organisational structure and rely on appropriate leadership but again it is difficult to see how industrial manslaughter legislation will ensure a suitable safety culture, particularly when one can argue that such an offence is another example of promoting safety through fear rather than collaboration.  It may be that the imposition of industrial manslaughter risks on company executives can promote a dysfunctional safety culture based on the avoidance of liability at all levels.

The bill changes the status of OHS Codes of Practice by providing more legislative clout, and again reinstating the past, and clarifying the requirements in the Codes are the minimum acceptable level of safety.

Much of the debate about this Bill and what will soon be laws was framed as the Government giving the trade union movement more influence.  This article has not included this debate element as it has little to do with OHS and almost everything with party politics, especially, in the lead up to the next State election scheduled for May 2018.

Workplace safety rarely gets debated other than when there is a catastrophe or multiple fatalities and that debate is almost always on political lines where those of the Left argue for additional regulations and emphasise the human and social cost of the incident.  Those on the Right express sympathy for the dead but baulk at increased regulations and emphasise the cost to business and the economy of those changes.  These positions are perceived as a debate about OHS but the fundamental obligations on business and workers are rarely disputed.  The latest Queensland parliamentary debate has shown that both sides of politics support the need for OHS laws and the importance of safety in workplace.  Safety professionals and the community should take heart from this.