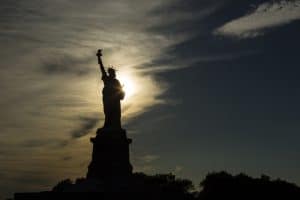 Following the resignation of Andrew Puzder, President Trump has nominated Alexander Acosta to be the new Labor Secretary.  The United States media, generally, has been supportive of the nomination particularly in comparison to Puzder. However, there was a particular line in the President’s media conference that may indicate his approach to safety legislation and regulations.

“We’ve directed the elimination of regulations that undermine manufacturing and call for expedited approval of the permits needed for America and American infrastructure and that means plant, equipment, roads, bridges, factories.” (emphasis added)

President Trump’s plans for cutting regulatory red tape was forecast during his election campaign when he stated that regulations:

President Trump or his Labor Secretary nominees have not mentioned occupational health and safety (OHS) specifically but the Trump Economic Paper released in September, which is still available on a Trump website, authored by Peter Navarro and Wilbur Ross who are associated with President Trump’s Cabinet, includes the following: