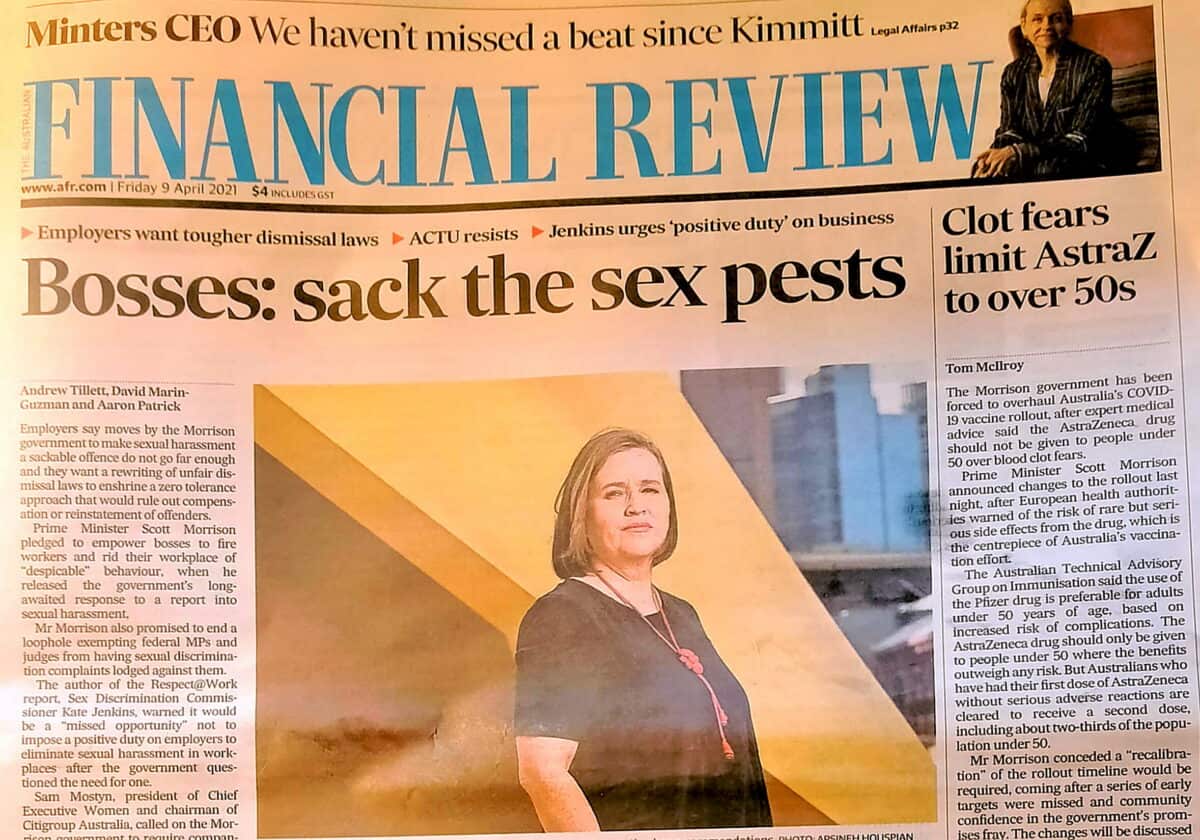 The current Australian debate about sexual harassment at work illustrates the forces ranged against occupational health and safety (OHS) being seen as a legitimate approach to preventing psychological harm. Entrenched Industrial Relations perspectives appear to be the biggest barrier. Such barriers are not always intentional and have evolved over years and decades as cultures and ideologies do. Some of the recent media coverage on the release of the Federal Government’s response to the report of the 2020 National Inquiry into Sexual Harassment in Australian Workplaces illustrates the dominance of industrial relations thinking – part of the reason Sex Discrimination Commissioner Kate Jenkins has described elements of the government’s response as a missed opportunity.

The OHS profession must start to overtly tackle each of these dominant perspectives.