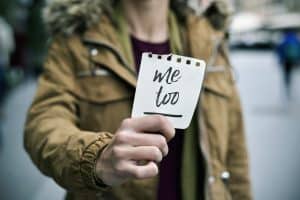 Being International Women’s Day, the media is awash with articles about pay rates, gender equality and sexual harassment.  One of those articles is written by Sarah Ralph of Norton Rose Fullbright. Ralph provides a good summary of the current gender issues and recent media attention (may require registration but it’s free).  She makes several recommendations for how to reduce the risk of sexual harassment and unwanted media attention.  Below those recommendations are looked at from the occupational health and safety (OHS) perspective to see how OHS can help reduce the psychological harm.

Culture: It is critical that from the top down, the workplace culture does not support sexual harassment, bullying or discrimination. Further, the culture should encourage employees to report inappropriate behaviour and foster confidence that if inappropriate behaviour occurs, it will be properly investigated and the person engaging in the conduct appropriately dealt with.

There is an assumption in OHS legislation that incident reports will be seen as constructive criticisms and acted upon.  That was never the reality.  The lack of reporting is even worse when the issue is not a physical or traditional hazard but one that involves the mental health of a worker, or personal psychological harm, or that goes the impression of personal weakness.

An organisational culture must include the ability to report incidents without fear of criticism.  It must also guarantee that incidents are investigated promptly, thoroughly and fairly, and that the findings are communicated to the effected worker(s).  Watch for increased calls for restorative justice in the context of resolving sexual harassment issues and strengthening a workplace culture.

Policies: Policies must not only exist, they must clearly set out the standards of accepted behaviour and employees must have ready access to these polices and know that they will be followed and enforced.

Policies are favorite topics for legislators and lawyers, partly, because such documents provide a point in time for reference when things go wrong.  They set the boundaries for workplace behaviours but are usually seen as showing ideals rather than practices, words rather than actions. To take an OHS concept, these can be seen as “lag” documents.

The critical part of Ralph’s recommendations are the last three words – “followed and enforced”.  Following and enforcing policies equitably throughout the entire workforce’s is the “lead” action – enforcement is on a pan infringement that has already happened, but the outcome is intended for the future.  The process applied must be aimed at future benefit as well as present satisfaction.

Training is always seen as putting people in a room and talking to them, with them, if you’re lucky.  Even though, training on sexual harassment, bullying etc is mandatory, my experience is that those managers and people who do not believe the issues relate to them, don’t participate.  This is like many fire drills where executives refuse to participate because the meeting they are intending is far more important than practicing safety.

The best “training” on sexual harassment and respect comes from seeing inappropriate actions in the workplace being called out when they happen, or very shortly after.  The actions of ethical bystanders are enormously powerful, especially when done in an active working environment.  However, this must be done in an appropriate manner so that other tensions are not generated inadvertently and that all parties understand the intervention was fair.

Next time you see inappropriate behaviour in the workplace, instead of wondering why someone said or did what they did, perhaps ask why everyone who saw the incident did nothing.  This will reveal the type of workplace culture your company has.

Response: Being prepared to deal with allegations of sexual harassment can be critical for businesses, now more than ever. Managing the initial complaint, including dealing with the victim and the respondent are critical first issues. Where the allegations get into the public domain, other strategic planning issues such as legal professional privilege, advising Boards and stakeholders and media management/public relations can all impact on reputational risks and any future litigation.

OHS laws have long included “issue resolution procedures”.  Sadly, these have usually been structured to include the involvement of Health and Safety Representatives (HSRs) and, as most workplaces no longer have HSRs, these procedures and obligations are overlooked and dismissed as irrelevant, however they remain “on the books”.  Issue resolution procedures and obligations are worth revisiting in the light of workplace mental health issues and the psychosocial harm that often results from sexual harassment.  Replace HSR with a different employee representative and these procedures could provide a pathway to resolution.

Have a look at this procedure from WorkSafe Victoria and drop out all references to HSRs and Designated Work Groups.  What remains is a process, supported by the OHS legislation, that could resolve sexual harassment problems outside of the traditional Human Resources processes.

Investigations: Conducting workplace investigations can be extremely complex, particularly when allegations might give rise to a complaint to police, or litigation against the employer for its part in the alleged misconduct. An investigation must be impartial, thorough and give confidence to the complainant and respondent that a proper process will be followed, and the outcome will be fact based.

OHS is not great at investigating workplace incident involving psychosocial hazards.  This incident investigation advice from Work Health and Safety Queensland (WHSQ) belies its traditional incident approach but strip away the physical hazards and replace it with psychosocial, and the advice provides a rough process of consultation and investigation.

Investigations of psychosocial harm are often aimed at a resolution of a particular incident rather than also aiming to prevent recurrences and achieving organisational change or procedural clarity.  It is here that the OHS approach to incident investigations can really help in progressing necessary cultural change.  For instance, the WHSQ guidance states that:

“… the main objective of an investigation is prevention. A good investigation aims to establish a series of events that should have taken place and compares it to what actually happened to identify areas that need changing.” (emphasis added)

#MeToo and #TimesUp movements are at risk of petering out unless the rhetoric becomes action.  This fading is familiar to many in OHS where good intentions slide into normalcy because, largely, there is no clear management of change process.  This is changing and will change more with the entrance of the ISO45001 OHS Management Standard which includes auditable measures for management of change beyond major hazard facilities.

Many ask why OHS is getting involved in an issue that has traditionally been handled by Human Resources.  It seems that HR has not been successful in achieving organisational cultural change on sexual harassment over several decades (but then neither has OHS on a range of other issue), and the recent discussions on sexual harassment have pointed the finger at HR as being part of the problem.

OHS looks at the harm from an incident and supports employers in their duties to reduce that harm, usually by reducing or eliminating the incidents. Those subjected to sexual harassment often suffer psychological harm, so OHS is required to be involved finding solutions and reducing occurrences.  Often these individual experiences generate organisational ripples of disruption and distress, so the favoured OHS descriptor is ‘psychosocial harm.  Here is what OSHWiki says about OHS and psychosocial harm:

How can OHS NOT be involved in reducing the harm from sexual harassment?

One thought on “#MeToo, #TimesUp and #OHS”